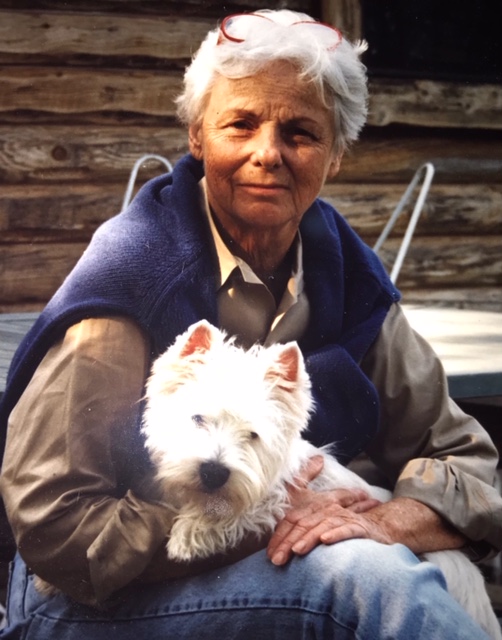 Dorothy Geyer Hughes, a one-of-a-kind force of nature who lived and loved fully and fiercely, passed away peacefully on December 24, 2019, after a brief illness. She was a young-at-heart 96, reminding anyone who would listen that “90 is the new 70” and that “life is good!”

While it was devastating for the Hughes family to lose our beloved Mom and Nonnie during the holidays, we are comforted that she rejoined Dad on Christmas Eve, their favorite day of the year. We can’t help but smile thinking of Dad greeting her in his red Christmas sweater, mimosa in hand.

Unquestionably, Dorothy was the CEO of the Hughes family, a world-class wife, mother, mother-in-law and grandmother, who relished every phase and detail of her loved ones’ lives. She was the mother who drove carpool, volunteered to serve on every school committee (often to her kids’ mortification), attended every extracurricular activity and still managed to put a beautiful candlelit meal on the table every night. As her children began their careers, she delighted in learning about the financial markets, legislative issues in Austin and the world of public education. She was a genuinely interested and supportive cheerleader for all of us and was blessed with a legendary, steel-trap memory and intellect until the day she left us.

Dorothy was born in Little Rock, Arkansas, on September 18, 1923, and moved to Houston, Texas, as a young girl. She attended Reagan High School in the Houston Heights, where she led the highly-regarded Reagan Redcoats drill team as Drill Master. After attending Hendrix College in Conway, Arkansas, and studying at the Houston Museum of Art, Dorothy met the smart and handsome Vincent Bell Hughes, Jr., with whom she shared a love of dancing to Big Band music. Dorothy and Vincent married on January 29, 1945, in Columbia, South Carolina, while Vincent was serving his country during World War II. Their nearly 75-year love story produced three children–Karen, Lisa and Vincent Bell Hughes III (or ‘Budgie.”)

Having successfully raised her children, Dorothy surprised all of us by starting a career…well into her 50s. What began as a job helping her oldest daughter with product demonstrations in retail stores was parlayed into a full-time sales representative position, which ultimately led to her being hired as a gourmet housewares buyer at Bering’s Hardware and Breed & Company, two specialty stores in Houston and Austin, respectively.

The family marveled at our little gray-haired mom dashing off to market in New York City, San Francisco, Atlanta, and Chicago. But we should not have been surprised by her success. She was smart, savvy and fearless and knew a thing or two about making a beautiful home. In a different era, she would have been running the place.

Dorothy and Vincent’s move to College Station upon retirement began one of the happiest chapters of her life. The two worked side by side to turn a simple home on 10 acres into a beautiful space for their family and friends to enjoy. Dorothy’s golden years were full and fun, spent hosting countless family gatherings and parties; enthusiastically supporting Aggie football and women’s basketball; traveling the country; and having the chance to live only 500 yards from her treasured grandsons, Ben and Will, who delighted her every single day.

Dorothy is survived by her daughter Karen Hughes and her partner Lynne Werner; daughter Lisa Hughes and her significant other Patrick Haggerty; son Vincent B. Hughes III and his wife Sally; grandson Benjamin and his wife Emily Joiner Hughes; grandson William; and brother Adolph Geyer, Jr., and his significant other Glenda Reynolds. She is preceded in death by her husband, Vincent B. Hughes, Jr., and her parents Adolph Geyer and Ethelyn Robison Geyer.

The family would like to thank the many fine doctors and nurses at Baylor Scott & White, especially Dr. Juddi Yeh and her oncology team, as well as the outstanding caregivers from Comfort Keepers, all of whom took patient and loving care of our mother over the years. She considered you all her very special friends.