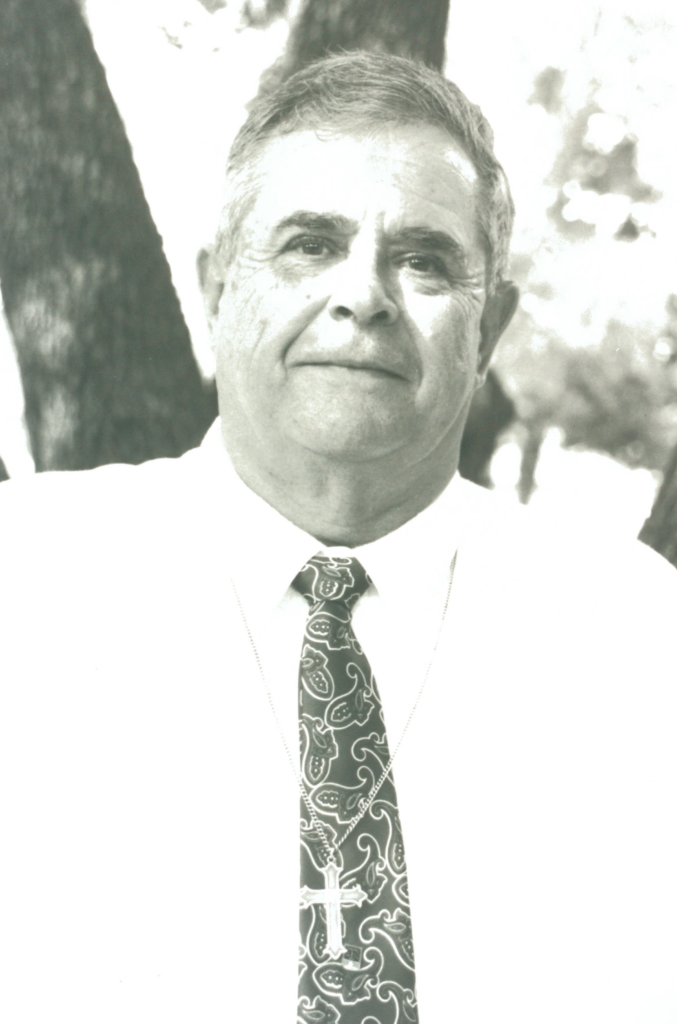 Our dad, William (Bill) Winfield Scott, Jr., entered the gates of Heaven on September 10th at the age of 86 to meet God and be reunited with the love of his life, Estelle. His family will receive guests beginning at 5pm, Tuesday, September 17, until time of the Rosary at 6:30 pm, at Callaway-Jones Funeral Center. Mass of Christian Burial will be at 10 am, Wednesday, September 18, 2019, at St. Mary’s Catholic Center. A family inurnment will follow later on Wednesday at Tyron Cemetery in Brazos County. Services are in the care of Callaway-Jones Funeral and Cremation Centers, Bryan-College Station.

Bill was born September 21, 1932 in Dallas, TX to William W. and Kathleen O’Connell Scott and moved to Bryan in 1939. He is a member of the Texas A&M University class of 1955. He joined the army after graduation. Upon completing his service, he took a job with the Civil Engineering department at A&M. He was a lecturer, adviser and retired as a Professor Emeritus. Bill enjoyed working with his students and helped many find their way at A&M.

Bill was a member of the College Station Noon Lions Club. He enjoyed putting on a Santa hat to sell Christmas trees, dressed as a clown for the parades and helped with the fourth of July festivities.
Bill was always active in Boy Scouts of America working through the ranks to earn his Eagle rank and later in leadership roles to several troops in the Bryan College Station area, to include Troop 1074 at St. Thomas Aquinas Catholic Church and his beloved Explorer post 735. He and Estelle made scouting a family affair by including the daughters on all trips. Bill continued earning accolades along the way. His greatest achievement was receiving the Lifetime Scouting award in February 2014. February 8, 2014 was designated Bill Scott day in Bryan.

Bill loved serving his Lord and working with students so much he became a Deacon at St. Mary’s Catholic Church in July 1988. He knew he could minister his beloved Aggies and teach them to better serve their Lord. There are many couples that he married and then baptized their children. He started feeding hungry Aggies during finals. It started by inviting students to the house and quickly grew to feeding them at the church. Many of his homilies included examples from his family. The hardest thing he had to do in this role was be Deacon on Call at St. Joseph Hospital the night the bonfire fell. The phone calls he made to the parents weighed on his mind for years to come. To this day he could tell you the names and injuries to those students

Bill was preceded in death by his parents; his wife of forty-nine years, the love of his life, Estelle; and brothers James (Randy) Scott and Richard Scott.

The family would like to thank Brazos Valley Hospice for their compassion; St. Mary’s Lunch Bunch for their first Friday fellowship; Legacy Nursing and Rehab staff for taking such good care of dad; and the many close friends who visited him often. May God bless each of you. In lieu of flowers you may make a donation to the Bill and Estelle Scott Endowment Fund at St. Mary’s Catholic Center.

“Death leaves a heartache no one can heal but love leaves a memory no one can steal.” Anonymous