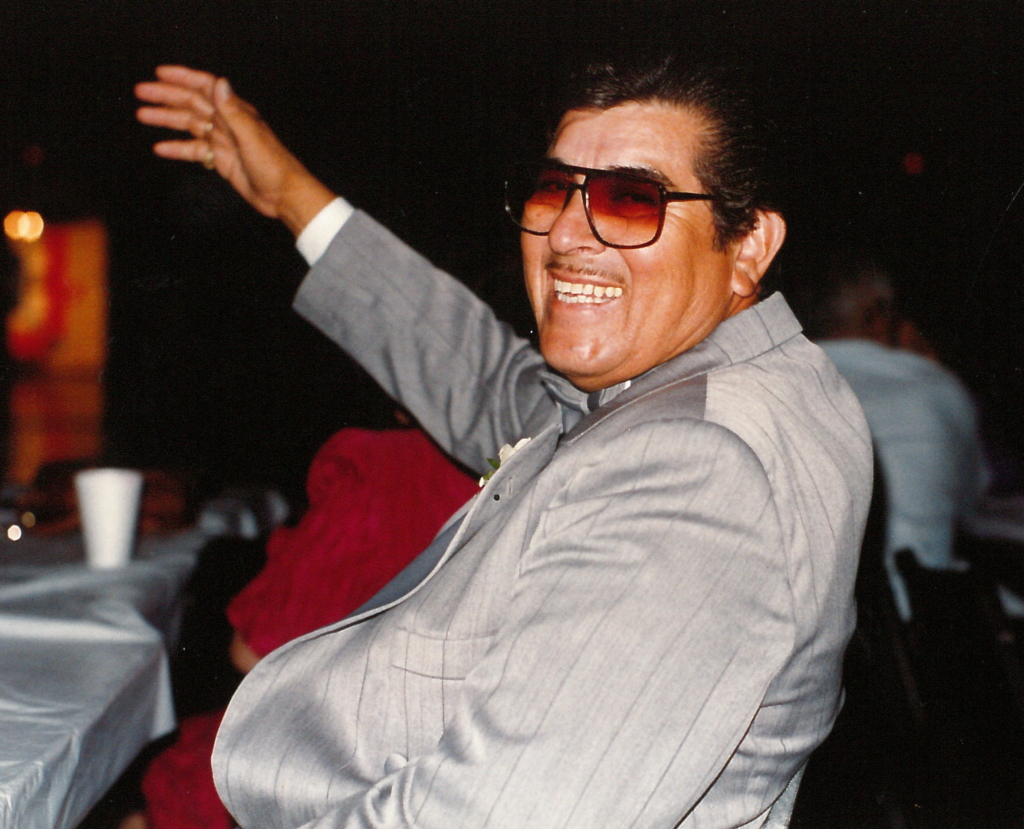 Celestino “Tino” Sauceda, 79, of Bryan, passed away on Thursday, October 26, 2017 in Bryan.  A visitation will be held at 11am Saturday, October 28, with the Life Tribute Celebration at 12 noon at Callaway-Jones Funeral Centers. Interment will follow in Mt. Calvary Catholic Cemetery. Services are in the care of Callaway-Jones Funeral and Cremation Centers Bryan/College Station.

Celestino Sauceda was born in Nixon, Texas on October 6, 1938 to his parents, Guadulupe and Maria Guerrero Sauceda. Celestino always had a smile on his face and a great sense of humor. He had a great love of music. His love of music inspired him to start a band, El Conjunto Corona of which he was the lead singer. In the last year, Tino resided at Magnified Nursing and Rehab facility, there he continued to share his passion for music with the residence and staff members many times serenading them with a song or two.

His grandchildren were truly the joy of his life and waited anxiously for the first great-granddaughter to be born in December. He was married to the love his life for forty-five years before Amelia passed in 2007. Celestino was catholic in faith and was member of St. Joseph Catholic Church.

He is survived by his children Toby and Yolanda Garcia, Irma and Roger Castillo; his siblings Gilbert and Marilyn Sauceda, and Yolanda De Luna; his three grandchildren Jacob Garcia and wife Melissa, Leslie Garcia, and Ciera Castillo; his great-granddaughter on the way.