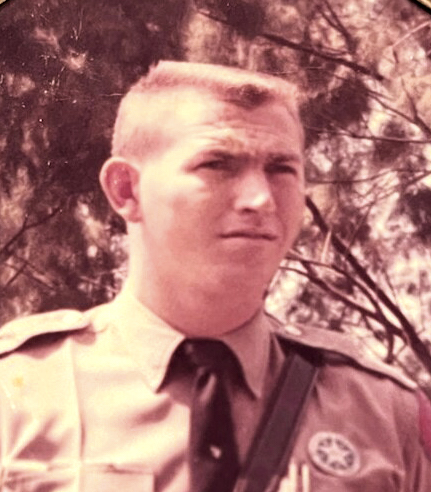 Willie “Will” Stafford, age 85, of Round Rock Texas, passed away April 12, 2022, in Bryan, Tx. Memorial Services will be at the Westside Church of Christ in Round Rock, Tx., 3300 FM 1431 Round Rock, TX 78681. The date is yet to be determined. Cremation Services are in the Callaway-Jones Funeral and Cremation Centers, Bryan-College Station.

Mr. Stafford served in the Army National Guard for nine years, then served as a Texas Highway Patrolman in Jim Wells County for thirteen years. The family then moved to Round Rock where he served in many capacities for the City, then taught at the Round Rock High School. He attended The University of Texas and Southwest State University.

Will Stafford was born at home in Austin, TX in July 1936. He was the fourth and last child born of Wade F. Stafford and Ella Mae Ferris Stafford. He was preceded in death by his parents and brother, Wade “Sonny” F. Stafford, Jr.; his sisters Mildred Boatright, and Alice Mewis; his beautiful wife of 56 years, Peggy R. Williams Stafford passed on July 13, 2013. He is survived by his three children, Teresa M. Sutherland, Holly R. Tham and Theodore “Ted” W. Stafford. Mr. and Mrs. Stafford have seven beautiful grandchildren, and to date, eighteen great-grandchildren.