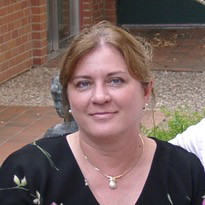 It is with great sadness that we announce the passing of Vera Veronica Pillans.  She died peacefully on December 30, 2021 in Bryan, TX, surrounded by family and her husband of 50 years.

She was born on July 13, 1949 in Hamburg Germany to Nicolay and Kaleria Popoff.  Her family moved to the United States in 1950 and settled in Dallas, TX.  She attended Woodrow Wilson High School and graduated from University of North Texas in 1970 with a Bachelor of Arts in English.

Vera married Jim Pillans on May 13, 1972 and settled in Bryan, TX in 1979.  Here they made life-long friends, raised their three children, and spent time with their four grandchildren.  It is also here that Vera enjoyed her favorite hobbies.  She was a talented artist and seamstress who created remarkable drawings, paintings, stained glass, clothing, costumes, and crafts.  Her many friends can attest that she loved gardening, entertaining, and, of course, a good margarita.  Her wry sense of humor was appreciated by those that were closest to her, and she loved her many pets over the years.

Vera’s life will be celebrated at 2pm on January 8, 2022 at Callaway-Jones Funeral Home in Bryan, TX.  The family would like to offer a special thanks to Stephanie Ramsdale, Vera’s caretaker, who became a close friend for the last eight years.