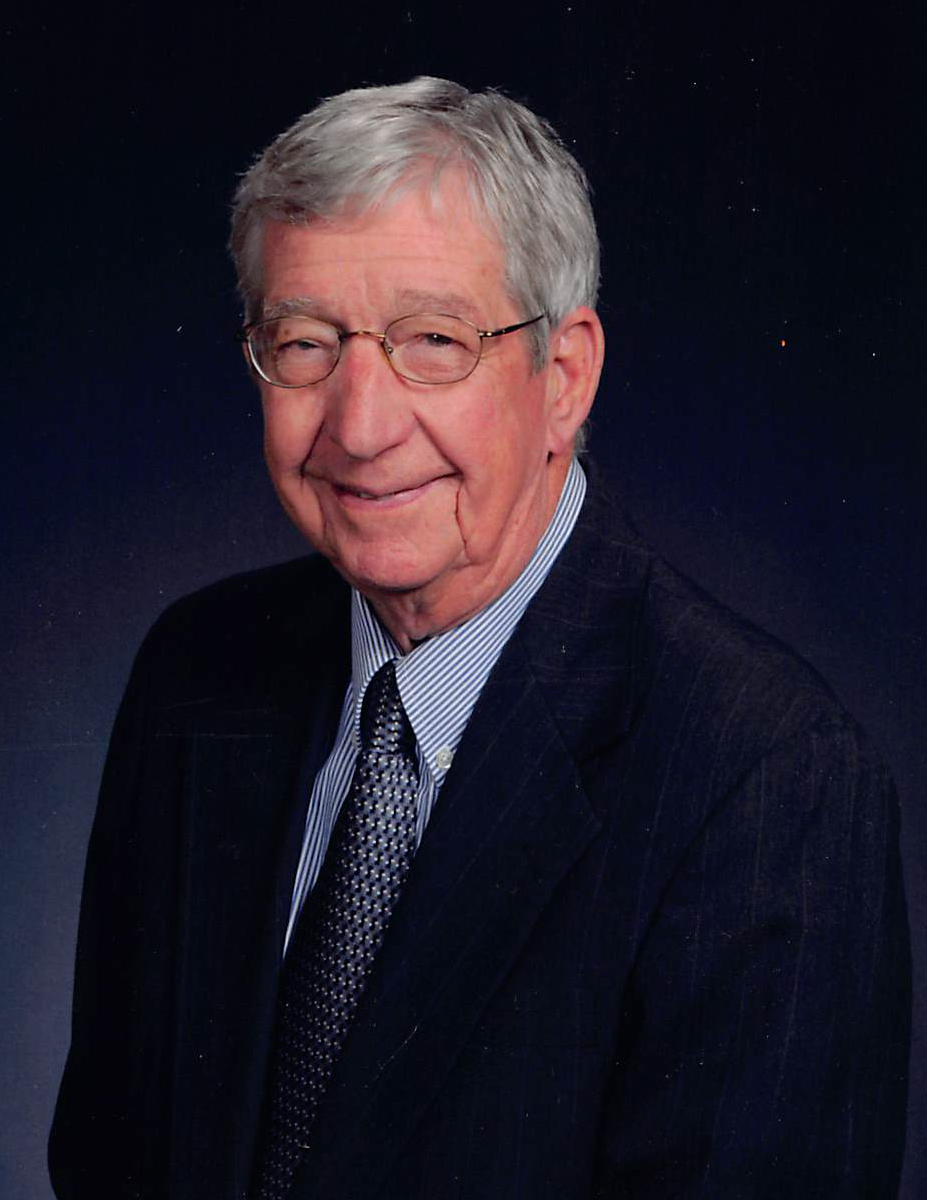 Ulman D. McMullen, beloved husband, father, grandfather, great-grandfather, and retired broadcasting executive, a longtime resident of Bryan-College Station, passed away February 22, 2022, after a lengthy illness. He was 91.
Affectionately known as “ Mr.Mac,” he was operations manager and later general manager of KBTX-TV. He also had ownership interests in local radio and television stations and was well known in the local business community. Mr. Mac, hired many young men and women who went on to make broadcasting their career. He cared deeply for each of them and gave them guidance to set KBTX on a path that including caring and respect for those that were part of the KBTX family and the Bryan-College Station community. He had the unique opportunity to see broadcasting in its infancy and watch the phenomenal growth of Bryan and College Station. KBTX-TV, located on 29th street, a dirt road when McMullen arrived. Harry Gillam, Boyce Oliver, and Mr. Mac were three dear friends for many years, as Gillam was General Manager for the station from sign-on in 1957. The three of them had more fun and there are still stories to be told about the antics of those three.
McMullen was born on Aug. 27, 1930, in Nancy, Texas, in rural East Texas to Thomas Wood and Janie Aline McMullen. The youngest of five brothers, he grew up in logging camps in the forests of East Texas. He was a 1947 graduate of Lufkin High School and 1952 graduate of Stephen F. Austin State University with a degree in Forestry as part of the second class of Forestry students at Stephen F. Austin. After working in the lumber industry and as a teacher, he began his broadcasting career as a disc jockey with radio station KSPL in Diboll. He moved into television as a newscaster and weatherman at KXII in Sherman. He joined KBTX-TV in 1965.
At KBTX, McMullen supervised the station’s news and on-air operations and oversaw numerous improvements, increasing the station’s technical capabilities and the professionalism of its news operation both in front of and behind the camera. He was respected by his colleagues and those who worked for him for his calm judgment and gentle manner. He served as the station’s second general manager. He left KBTX in 1991 to become the owner of radio station KWBC-AM/KMBV-FM in Navasota.
During his career, McMullen met and interviewed numerous well known political leaders and celebrities including George H.W. Bush in downtown Bryan cafe during Bush’s first run for elected office. He was an avid golfer, playing courses throughout his travels, he was a fan of old Western movies and an admirer of classic American cars. McMullen grew up as a Baptist, later joining First Presbyterian in Bryan and joined the Methodist church in 1979. He was an active member of two local churches, Christ United Methodist and A&M United Methodist.
He was proud of the family in which he was raised. but he was even prouder of the family he he raised, which remains to mourn and cherish his memory.
He was preceded in death by his parents and his brothers, Julius, Jack, Alvin, and Frank. He is survived by his wife, Sylvia; two sons,Cary McMullen (his wife, Evelyn) of Lakeland, Fla., and Michael McMullen (his wife, Rosemary) of The Woodlands; three daughters, Lori Hawkins of Shreveport, Louisiana, Sara McMullen of Bryan, and Cynthia McMullen of Boston, Massachusetts.; four grandchildren, Kelli Jacob (her husband, Jeff) of Conroe, Russell McMullen (his wife, Amanda) of Charlotte, North Carolina, Grace McMullen of Winston-Salem, North Carolina, and Quinn McMullen of Bryan; and two great-grandchildren, Audrey and Kate Schilling of Conroe, as well as numerous nieces and nephews, cousins, brother and sister in law, Tim and Anne Lowe and far reaching extended family.
A Celebration of Life is set for Thursday, March 3, at 2 p.m. at A&M United Methodist Church In College Station.
In lieu of flowers, donations to Brazos Valley Food Bank, St. Jude’s Children’s Hospital, the Bryan or College Station Education Foundation.