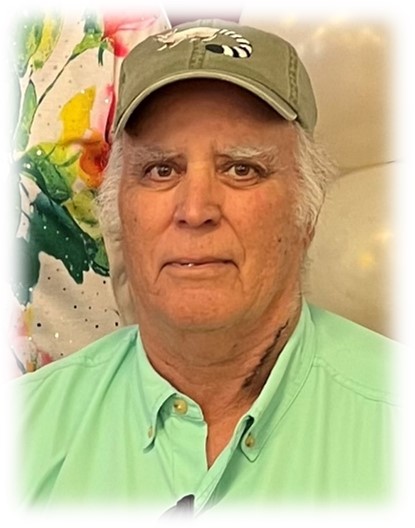 Thomas Michael (Tommy) Gergeni was born November 3, 1946. Mickey and Steve Gergeni adopted Tommy from St. Anthony’s Home for Infants in Kansas, City, MO. His dad coached at St. Benedicts College, attended graduate school in Norman, OK, and was Director of Physical Education for American Schools in the Panama Canal Zone for four years. The family settled in Amarillo, TX, where Tommy grew up.

Tommy hunted geese, ducks, and pheasants with his dad and fished the area lakes. His mom taught piano lessons and made the best cherry pies in Texas!

Tommy became involved in school sports in junior high and earned a football scholarship to Texas A&M in 1965 where his major was Wildlife Science. In 1966, he met Vicki Stolz of Navasota, and they married August 9, 1969. Two sons were born to this union, Stehphen Victor and Timmothy Michael. Tommy took his sons hunting and fishing, and taught them to appreciate nature and respect and care for wild and domestic animals. He taught them a strong work ethic and supported their sports, 4-H shooting, and Boy Scouts activities. Tommy was a mechanical contractor for 40 years, mentored in his early career by friend Charles Shrimpton.

His favorite time in later life was spent planning and building a cabin in the woods named “The Nest.” After retirement, Tommy moved to this country home and found joy in developing and maintaining this property. He welcomed family and friends here and many were treated to his delicious grilled steaks.

Tommy was preceded in death by his parents. He is survived by his wife of 53 years, Vicki of Bryan; son Stephen and wife Jamie of Sacramento, CA; son Timmothy and fiancée Robyn Mishler of Laramie, WY; and stepmother Marie Gergeni of Amarillo.

Memorials may be made to:

A Celebration of Life for Thomas will be held at 2:30 pm, Friday, November 4, 2022 at First Presbyterian Church, 1100 Carter Creek Parkway, Bryan, Texas.