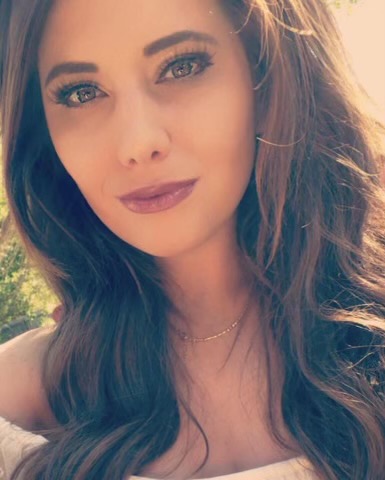 Taylor Makenzie Dyson passed away while being lovingly surrounded by her family on Tuesday, February 8th, 2022. Memorial services to celebrate her life will be held on Saturday February 12th at 3pm at Central Church in College Station, TX. Cremation and additional services are being provided by Callaway-Jones Funeral Home & Crematory.

Taylor was born on March 18th, 1993 in Waco, Texas to Jay Frank Dyson and Leanne Gray Dyson. She graduated in 2011 from A&M Consolidated High School. In the fall of 2011, her life was forever changed when she received the life-threatening diagnosis of Pulmonary Hypertension. Over the Thanksgiving weekend of the same year, she received the amazing gift of a double lung transplant. She would spend the next 10 plus years getting the most out of every single moment life gave her. She combined an incredible “grab life by the horns” zest for life and a relentless desire to give back to others as the guideposts for her life. She had the honor of representing Team USA at World Transplant Games in South Africa in 2013. Not too long after that she found her second family through the non-profit organization Hunt With Heart. She began her beautiful journey there by attending her first weekend as a camper with her father. She saw not only the life changing experience of memory building for families but the priceless opportunity for kids to connect to each other who have dealt with the unique and challenging world of organ donation. She would go on to do countless things in support of Hunt With Heart with her efforts endearing herself deeply to the kids, families and members of the organization.

The only thing that she loved more than that was her role as Tata to her nephew Deklin and niece Alexandra. When it came to her family and friends Taylor was fiercely loyal, quick to stand by them and never ending in her love for them. She was the life of the party bringing a relentless energy of laughter, fun and the occasional bout of mischief to every moment. Last November she was inspired by a friend’s post on social media to make a “giving” list to celebrate the 10 year mark of her transplant by writing a list of 28 things she or anyone could do to give back. She had received her lungs on November 28th, 2011 and was forever grateful. With the blessing and support of her Mother, Father and brother her final gift in the form of a silver lining for the cloud of life was to donate all her eligible organs to those in need.

She solidified her love of her hometown of College Station when she graduated from Texas A&M in 2017. The beautiful beaches of Port Aransas, the Texas Gulf Coast accompanied by as much fishing with her family as time would allow were her yearly staples. She never found a sale or anything with leopard print on it she didn’t like and she enjoyed finding her way around a kitchen cooking up all kinds of things to eat. Whether it was people or things, they did not have to be fancy or expensive for her to love them. They just had to be as real and authentic as she was.

She was preceded in death by her Grandparents Frank “PeePaw” and Mary “MeMaw” Dyson and her Grandfather, John Gray, Sr.

She is survived by her parents, Jay and Leanne Dyson, her brother Cory Dyson and his wife Gretchen, their two children Deklin and Alexandra, her grandmother Barbara “Mimi” Gray, her Aunt Emily & Uncle Keith Allen and their son Travis, Aunt Linda & Uncle Donald Britt and her children Zarina and Robert, her Aunt Vickie & Rickie Newton, their son Lucas, daughter Courtney her husband Greg Melton, her Uncle John and Aunt Shannon “Shananay” Gray, their children Sydney and Sophie, Her Uncle Sean and Aunt Lisa “Aushie” McCoy, and their children Emma, Ethan and Kennedy.

In lieu of flowers please make a financial donation to Hunt with Heart in Taylor Dyson’s name. These donations will become the building block of a special program being developed in Taylor’s name and memory.