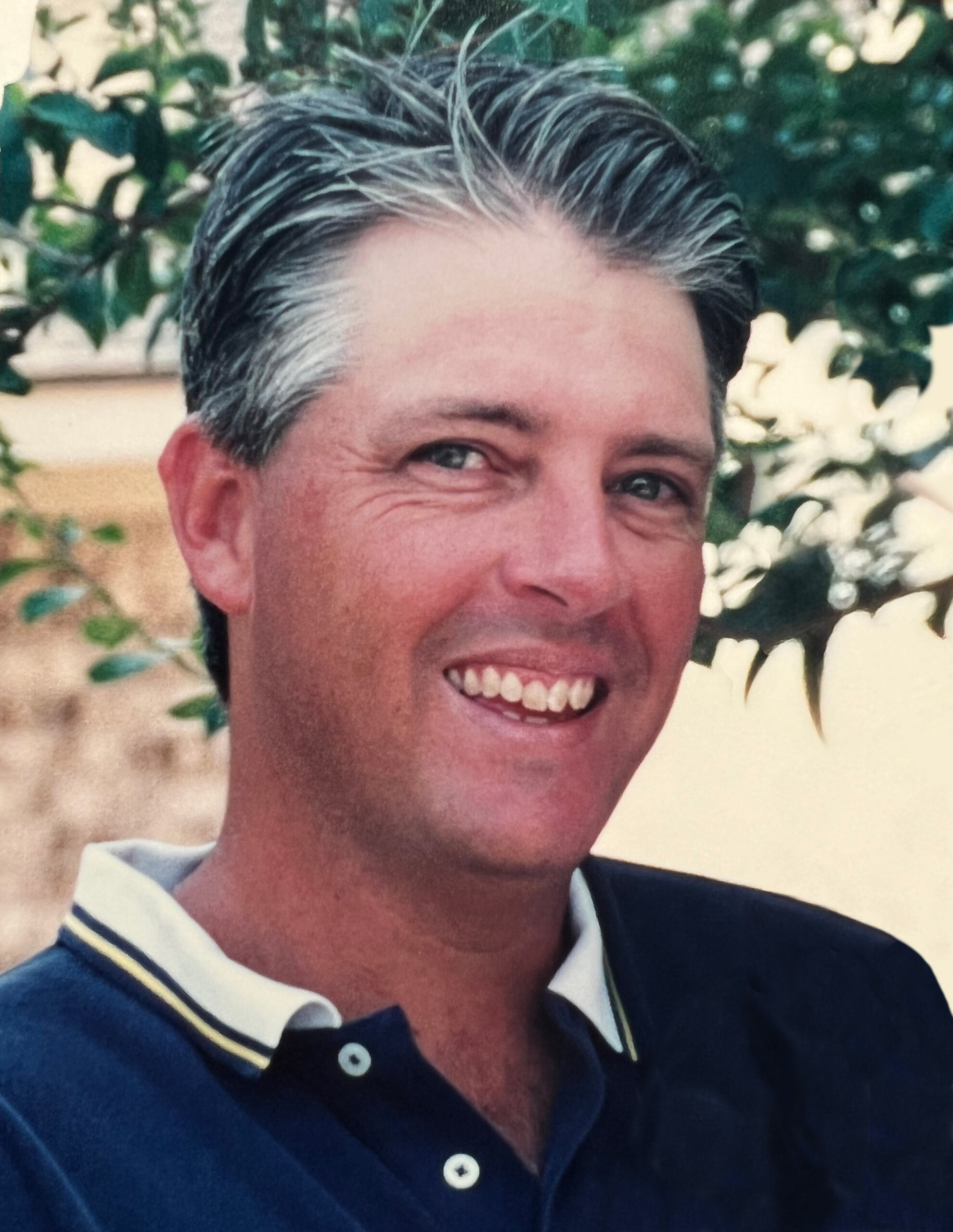 Stephen Dwaine Reid, 55, of Prosper, Texas went to be with our Lord and Savior on Saturday 24, 2022. He was a beloved son, husband, father, brother, uncle and friend.

He was born to Arnold and Phyllis Reid on October 10, 1966, in Odessa, Texas, as the first of two of children. Childhood was spent in Longview, Texas, and he graduated from Pine Tree High School in 1985.

As a young man, Stephen showed visionary qualities that far exceeded his chronological age. His early artistic skills showed he possessed a superior instinct in seeing what could be, in both life and people as well as in his immediate surroundings. Understandably, he would gravitate towards a profession that combined logic, design, insight, and the skill to envision what “could be” out of what had long been overlooked.

Stephen excelled in sports, and he was equally good in baseball and golf. He decided to focus on golf and Ben Hogan was one of his first inspirations. He kept up his interest in art. Many happy hours of his childhood were spent bass fishing with his father and brother.

He entered college at Lon Morris College in Jacksonville, Texas, and played golf while earning his Associates of Art degree. His love of the sport and innate curiosity led him to study turfgrass science and golf course architecture when he transferred to Texas A&M. There Stephen met the love of his life, Michelle. An enduring courtship turned into a marriage proposal on campus, followed by a marriage that flourished for 28 years. At A&M, Stephen earned his B.S. in Agronomy in 1993 and his master’s in Landscape Architecture in 2001.

Ultimately he became a landscape designer, his passion. Entering a project at ground zero brought him great joy to create, build, and enhance a finished product for his clients. Using his art skills, even his preliminary sketches, were works of art that he would bring to life each time. Every phase of creating new beauty in the world gave him joy.

After graduation, Stephen and Michelle made Bryan-College Station their home and built their first garden. Their children, Tyler and Sydney, were their shared blessings, and the family was a unit of love and fun as they did things together as a family. Their vacations would include the beach and golfing, and a fishing rod was always in the car, just in case he encountered a friendly stream on his path. Texas Aggie sports became a family pastime, whether it be football, softball, or baseball. Stephen signified unparalleled loyalty to his school; his Aggie spirit ran deep.

A tremendous career opportunity for Michelle took the family to New Jersey and Stephen willingly became a work-from-home dad to them and didn’t miss a beat. He became interested in the stock market, purchased books on investments, absorbed them quickly, becoming a successful day trader. He was a savant in his ability to grasp and master challenging subjects.

Tyler and Sydney were the greatest joys of Stephen and Michelle’s life together. He inspired his children to be inquisitive, to do thorough research, and think about solutions before diving in. He shared his faith in God with all he knew as the source of his love for others, especially for family.

For every challenge they might encounter, Stephen first turned to the Bible for guidance. As he did with all subjects that fascinated him, he studied the Bible voraciously and kept detailed journals of notes from his studies to refer to in the future.

Stephen was a visionary who never met a stranger and learned from everyone he encountered. He was able to impact those around him by inspiring them to achieve, dream, and succeed. All of the good work he did will continue to grow and flourish through those whose lives he touched.

Further, Stephen had what some might call a “hotline to God.” His faith in the Lord and intense study of the Bible served as a special gift to those who knew him. Many loved ones and friends would seek his prayers for things that concerned them greatly. He was always happy to share his prayers.

He is preceded in death by his brother, Bryan Reid.

Stephen is survived by his wife, Michelle, their son, Tyler, and their daughter, Sydney, all of Prosper, Texas, and his parents, Arnold and Phyllis Reid of Longview, Texas.

For all who remember Stephen as a part of their lives, he would want you to always show your love for one another, give God praise for your successes, and share your time and talents with those in need.

A celebration of life will be held for Stephen on Monday, October 3, at Callaway-Jones Funeral Center at 3001 S. College Avenue in Bryan, Texas, with visitation starting at 9:00 am, followed by a service at 10 am. Interment will follow at the Aggie Field of Honor Cemetery at 3800 Raymond Stotzer Parkway in College Station, Texas.

In lieu of flowers, contributions can be made in Stephen’s name to the Prosper Education Foundation (ProsperEducationFoundation.org). Funds will be used for a scholarship in Stephen’s memory. Condolences may be expressed online at CallawayJones.com.