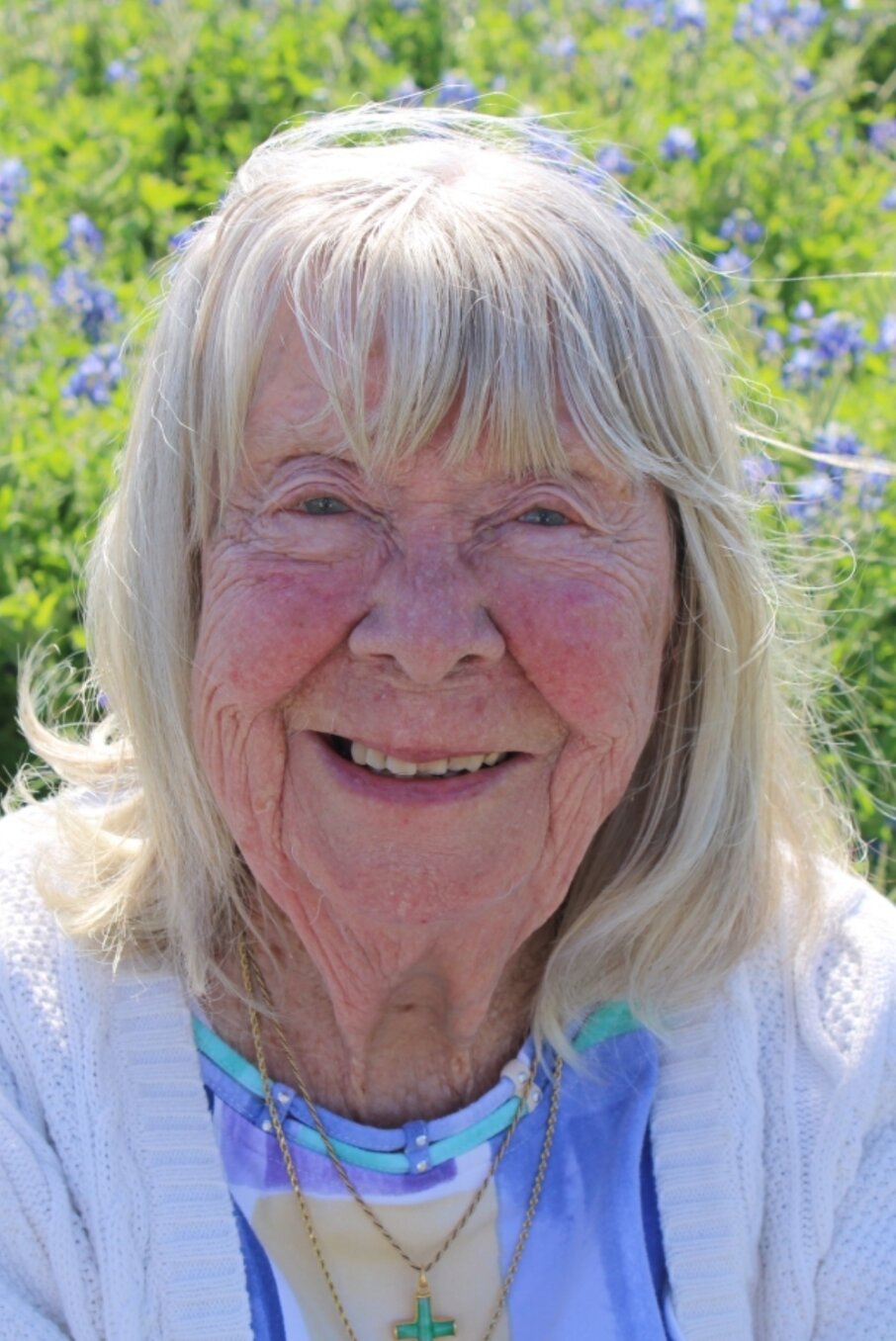 Ruth Chow Hoy went gently to her Lord’s arms on June 8, 2022. Ruth Virginia Behrendt was born on August 8, 1926 to Fred and Amelia Meier Behrendt of Edwardsville, Illinois. She joined older sisters Helen (Thompson) and Judith Jeanette (Newbold) who both preceded her in death. Her younger brother and sister Darrell Behrendt and Donna (Judge) remain to mourn her.
A visitation celebrating her life will be on Friday June 17 from 4 to 6 PM. The service celebrating her victory will be Saturday June 17 at 11 AM. Visitation will be at Callaway-Jones funeral home in Bryan, Texas. The victory celebration will be at Bethel Lutheran Church in Bryan, Texas.
Ruthie met John Thomas Robertson from Corning, Arkansas at a dance in St Louis. While they were dating he got upset when he found out her birthday had passed. Her birthday present was a ring. They married in December 1950 and daughter Tanya Robertson (Dombrowski Terry) was born in November 1952. Ruth lost John in February, 1955.
As a young widow Ruth became a strong woman. She was the first in her family to travel by airplane instead of train. She learned how to drive, studied at night to pass the civil service tests, bought a car and went to work on Scott Air Force Base. Then Sgt Thomas Chow Hoy from Hawaii asked her out. He endured asking her father for Ruth’s hand and they married in December 1963. They welcomed son Robert Thomas Chow Hoy in August 1965. Tom went to Viet Nam for a year and Ruth wrote letters and sent pictures every night. She even sent him a box of his favorite food – corn on the cob. When he returned the family moved to Hawaii. Tom went to the Lord in May 2008.
Ruth’s faith was always important. She was baptized and married in Trinity Lutheran Church and an early member of Our Savior Lutheran Church in Aiea, Hawaii. She taught Sunday school, belonged to the Mary Martha league and raised her family to know the Lord. Her friends knew her bright smile and because she was short called her Baby Ruth. Her high school yearbook said she was fun and full of mischief.
Ruth leaves behind her younger brother and sister, her son and daughter, five grandchildren and six great-grandchildren. A grandchild and great-grandchild are playing with her in heaven.
We miss the love she had for everyone and the bright smile that never went away. But, we know that when she saw Jesus that smile was at it’s brightest. Keep smiling Mama! We’ll see you again.