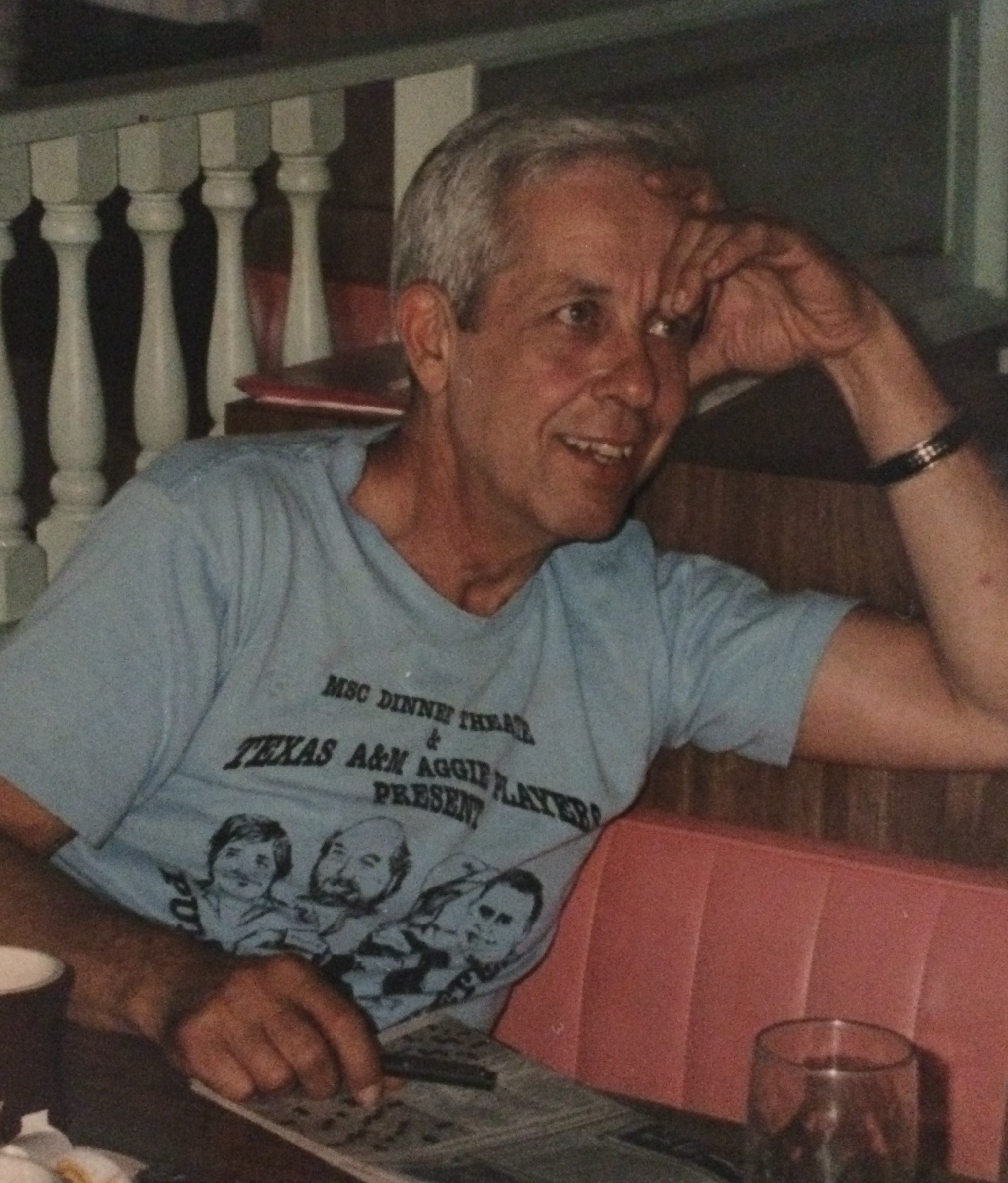 Retired Texas A&M Aggie Players Theater Arts Professor, Bob “Coach” Wenck died quietly at his home in Bryan, Tx. Friday evening April 8th 2022, with his son Robert Jr. at his bedside. A graveside memorial & interment service will be held at Norwood Cemetery, Hearne, Tx. Wednesday April 20th at 10am. Services are in the care of Callaway-Jones Funeral Centers of Bryan College Station.
Bob “Coach” was born in Fresno, California. He was, son of August and Ruth Wenck, brother of Elizabeth Miller (nee Wenck). Bob was a voracious reader and took to the theater from a young age. He grew up in Monahans and Midland Texas. He graduated from Texas A&M in 1958. He was active duty enlisted US Army from 1960 to 1963. He then went back to graduate school at UT and A&M and earned a Liberal Arts Masters Degree. He then taught english, speech and theater arts at Texas A&M for over 34 years.
Apart from his devotion to his family, his three passions in life were; Theater (directing plays), Sport Motorcycle Touring and early morning coffee at The Kettle doing the New York Times crossword.
To his Aggie Players students he was “Coach”.
To the waitresses at The Kettle he was “Honey-Bob” (because he took honey in his coffee instead of sugar).
To his sons he was simply Daddy.
His greatest motorcycling accomplishment was; Completing the USTRA: America the Beautiful & SCMA: USA 4 Corners Tours simultaneously May 11 – 31, 1985. It was 10,528 miles, in 21 days, through 30 states, Washington, DC. and three Canadian provinces.
He directed thousands of actors over the years and rode hundreds of thousands of mile on sport-touring motorcycles.
He is preceded in death by his sister Elizabeth Miller and parents August & Ruth Wenck.
He is survived by his ex-wife Aileen Hendricks, his two sons August and Robert Jr., his nephew Curt Miller and his niece Rachael Nelson.