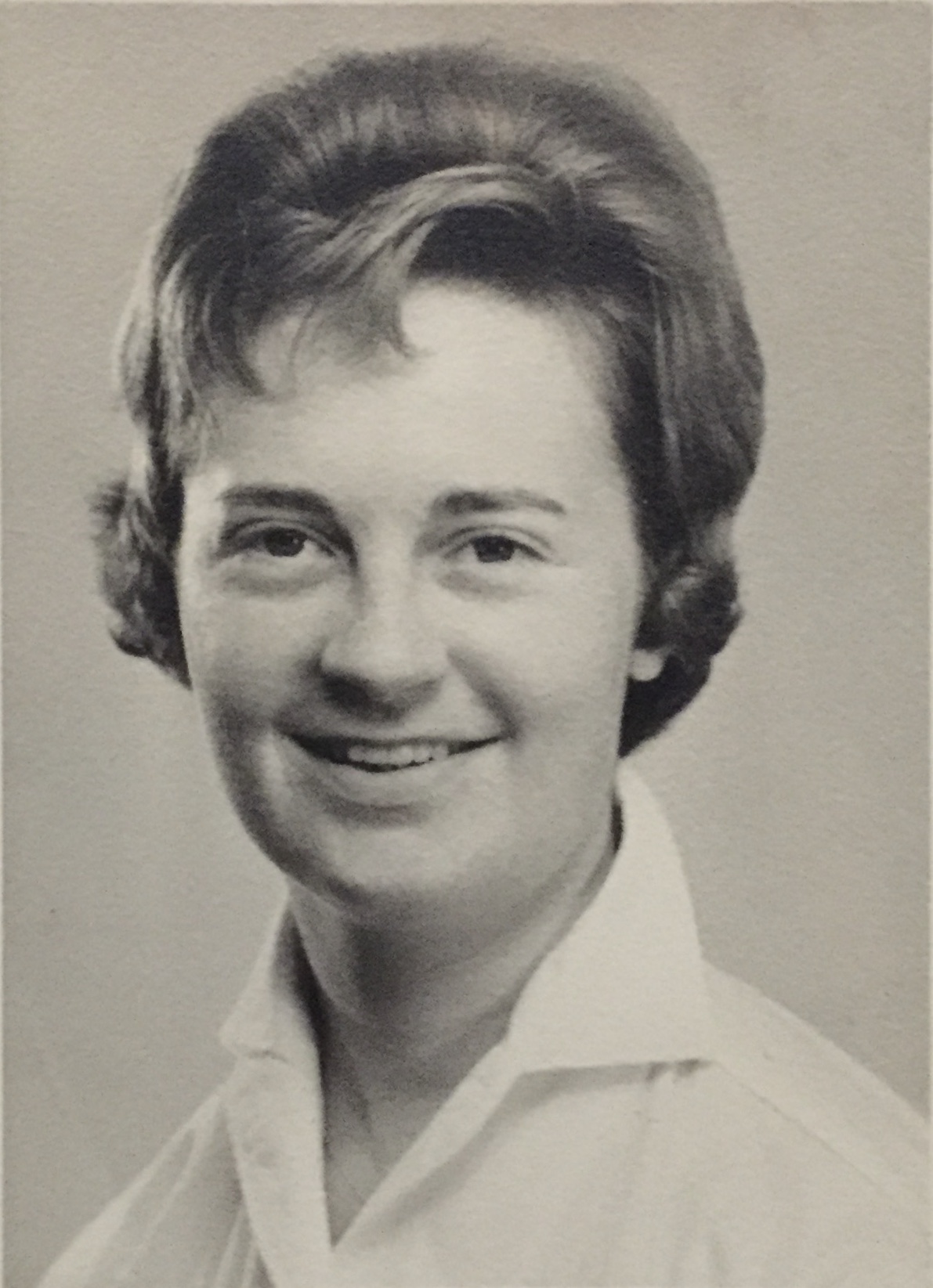 The longtime resident of College Station, TX, was a 1955 graduate of Elm City High School in Elm City, NC, where she discovered her love of learning from her high school English teacher and mentor, Helen Simpson. Peggy was the first to graduate college in her family, earning a degree in Grammar Education from East Carolina University to become a Teacher. After graduation, Peggy took a rare opportunity to teach children of the Department of Defense (DoD) schools in Germany, and as a single-female of that era, was a pioneer, traveling the globe to over 35 countries with fellow teachers on weekends and during summers.

Peggy’s exploration took her to places all over the United States, Europe, Africa, and the Middle East, where she tried new and daring things like riding a camel in Egypt, hiking the Swiss Alps, visiting the Berlin Wall, and attending service with the Pope at the Vatican. Her sense for adventure continued throughout life with activities such as parachuting out of an Army helicopter, attending Texas A&M Football Chalk-talks, and singing karaoke! She was in awe to have experienced the things she read about in books, and loved bringing the world into her classroom.

While in Germany, she met and later married Army officer Thomas H. Miller, her husband of 56 years of whom she enjoyed watching all-Aggie sports games. As a wartime military spouse and mother, she endured and supported her husband while in Vietnam, and later her son in Desert Storm. When her husband’s career-stations moved, so did Peggy’s, which resulted in a Master’s of Education degree from the then all-male Texas A&M University (Class of ‘68), and teaching at several schools across the U.S., including her last formal teaching position at Franklin High School in Franklin, TX. However, Peggy’s 30-year life-long career didn’t end. She continued to substitute-teach and tutor into her 80s, and remained highly tech-savvy using her iPhone and iPad daily to communicate with family and friends via email, text, and Facebook.

Peggy always hoped that her passion and whole-hearted work with thousands of students helped them to accomplish their dreams in some way. She enjoyed seeing children learn and their eyes light up when they conquered a task, but Peggy’s utmost love, pride and joy was in educating and raising her own sons into fine young men, and seeing her grandchildren accomplish their degrees and dreams.

Peggy is loved, admired, and respected by so many. She was selfless, thoughtful and kind, and an Earth Angel, always offering or surprising people with help in some way. Please join us in celebrating Peggy’s life. She was a gift … a true gem with a sparkle that will live on in the many lives she touched.

Peggy is preceded in death by her parents and brother George Royce Quinn, Jr.
Per her wishes, cremation rites have been accorded. A private memorial service will be held at Callaway-Jones Funeral Home in Bryan, TX. All who wish to view the service can do so by going to CallawayJones.com and clicking on the livestream option to view the service online. In lieu of flowers, preferred memorials may be made as gifts in Peggy’s memory to: www.teachforamerica.org

For tribute video please use link below.