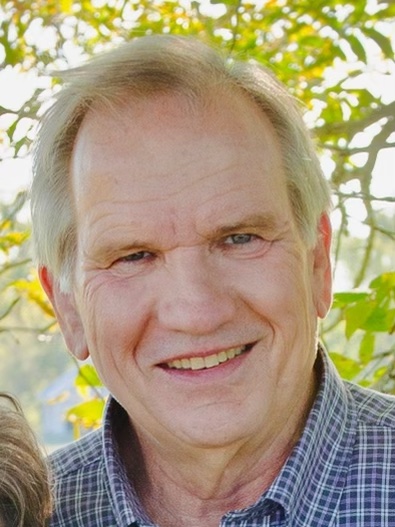 Mark Anthony, a wonderful husband, father and loyal friend went to be with Jesus on January 13, 2022, free at last from the captivity of Alzheimer’s.

He was born in Monahans, Texas, on September 22, 1950 to Oscie and Vinita Anthony. Mark graduated from Monahans High School in 1969. Upon graduation, he attended Texas A&M University, where he joined the Corps of Cadets. On campus, he found two lifetime loves. The first was the game of rugby where he played in the scrum. A career highlight was competing on the 1974 National Championship team, which was inducted into the Texas A&M Rugby Hall of Fame in 2018. At the Baptist Student Union, Mark met his second lifetime love, Charla McCulloch. Mark and Charla married April 20, 1974, at Central Baptist Church, Bryan and in 1984, were blessed with a son, Philip.

After graduating from Texas A&M in 1973, Mark began a career in commercial construction. For 35 years he owned and operated Mark Anthony Company and Philcom Constructors. Some of his favorite projects were churches and he participated in the construction of over 20 of them.

Mark achieved a lifelong dream of ranching, acquiring a modest herd of cattle with the guidance of his father-in-law Charles McCulloch and friend, Neil Scott. This endeavor provided Philip the opportunity to be in the Texas 4H youth program, just like his parents.

Mark had a God-given talent to sing! He shared this gift at weddings, community functions, funerals, church revivals and in the Central, College Station, choir where he was an ordained deacon.

While in college, Mark came to know Jesus as his Savior and he was eager to share the good news about Christ. He knew that it is the power of God at work, saving anyone who believes. He often shared with friends and strangers how God makes us right in his sight through faith and trust in Jesus. Mark demonstrated a Christ-centered life providing for family, serving others, expressing kindness, while loving and serving the Lord.

Mark is survived by his wife of 47 years, Charla, son Philip and his wife Kelly, his granddaughters Noelle and Hope Anthony and brothers Rayford and James Anthony, his nieces, nephews and extended family. Mark was preceded in death by his parents, brothers Wesley and Morris Anthony and Charla’s parents, Charles and Mary McCulloch.

The Anthony family is grateful for all the friends that supported Mark during his illness. Enabling him to volunteer at the W. 26th St Food Pantry and SHIP Ministries, attend Aggie rugby events and sing in his church choir.

We are grateful to Demetria Bircher, Shamone Green, Isabell Duran, Vada Watt and Traditions Hospice for the exceptional and compassionate care they provided to Mark.

A Celebration of Mark’s life will be February 12 at 11 a.m. in the Grand Room at Central Church, 1991 FM 158, College Station, Texas. For those who wish to express sympathy, consider honoring Mark with a donation to Central church at centralbcs.org or to the O. Mark Anthony ’73 Memorial Aggie Rugby Scholarship at https://tinyurl.com/MarkAnthonyMemorial. Scholarship donations may also be made payable to Old Maroon RFC, memo Mark Anthony Scholarship and mailed c/o Doug Chester, 6312 Southern Cross Drive, College Station, TX, 77845