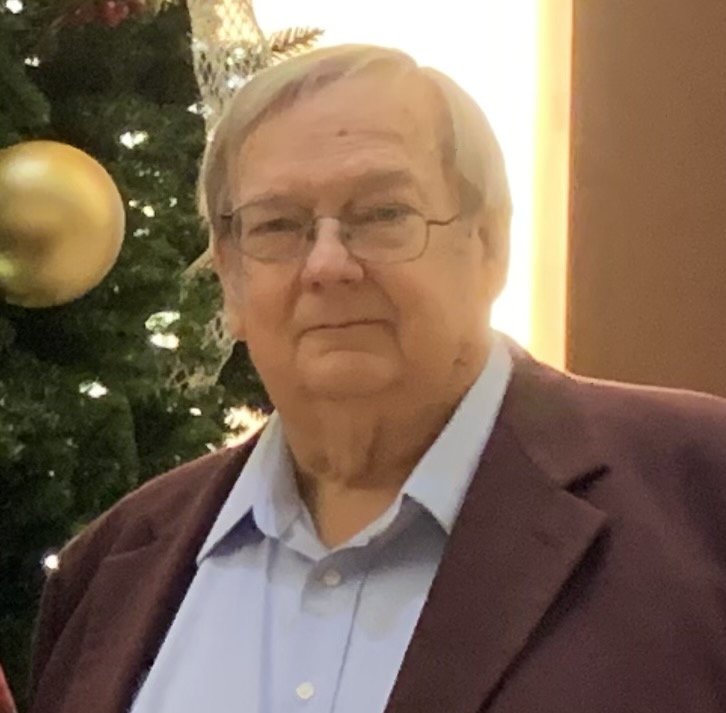 Michael Leon Johnson went home to be with his Savior on December 5, 2020 after several months of illness.

Mike was born in Smithfield, North Carolina on November 26, 1946 to Lawrence A. and Louise C. Johnson and grew up in Wilson Mills.  He graduated from Wilson Mills High School in 1965.  After a year at East Carolina University, he chose to serve his country by enlisting in the United States Air Force.  He served for four years in Ruislip, UK, and at Patrick Air Force Base, Florida.  In 1968, he married Peggy Massie.  She was the love of his life and he was her knight in shining armor.  After he left the Air Force, he and Peggy moved to Bryan, Texas so that he could attend Texas A & M University.  He was a proud member of the centennial class of 1976.  Over his career, he worked for DPS, GMAC, Allen Oldsmobile, First Federal Bank, and retired from Prosperity Bank in 2012.

The greatest joy of his life were his three children, Sarah, Michael, and Nathan.  Anyone who talked to him for very long knew how proud he was of each of them.  For the last two months of his life, he also told everyone he met how excited he was that he was going to become a grandfather in June.

Mike greatly enjoyed reading, hunting, watching the birds and squirrels in the backyard, and history, but the hours he spent on the lake fishing were his favorite.  He loved people and could start a conversation with anyone.  He also loved his dogs, especially his favorites over the years, Snoopy, Gracie, and AJ.

He was a member of First Baptist Church, Bryan, where he served as a deacon, was a member of the Business Men’s Bible Class for many years, and served faithfully in the TV ministry.  His faith was incredibly important to him and he instilled that faith in his children.

He was preceded in death by his parents.

He will be laid to rest in a private graveside service at Pleasant Hill Cemetery in Nolanville, Texas.  In lieu of flowers, memorials can be made to First Baptist Church, Bryan, and Aggieland Humane Society.