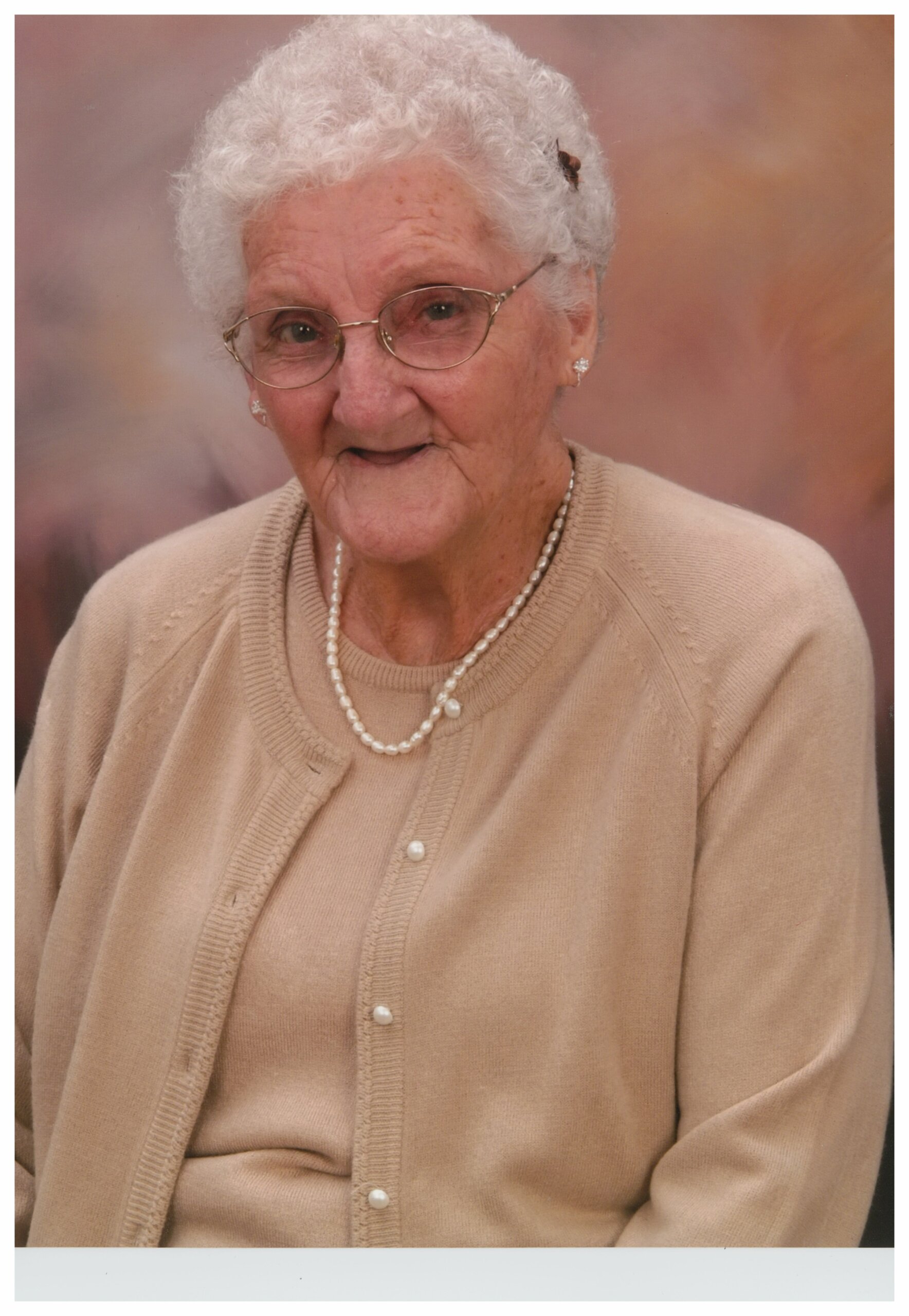 Services for Mavis Boyett Harrell, 98/99, of Bryan, Texas, will be at 3:00pm Saturday, June 11th at Callaway-Jones Funeral Center in Bryan, with Rev. Henry Stovall officiating. A time for visitation and viewing will be from 6 to 8pm Friday, June 10, at Callaway-Jones. Interment will be in the Smetana Cemetery in Bryan.

Mavis Boyett Harrell was born in the hills of Mississippi, a true hillbilly, at French Camp, on June 7, 1923, to Jessie W. Boyett and Annie McGar Boyett. She lived through the great depression of 1929. Her family had it very hard during those years, then her father passed away which made it even harder for her family. She was not able to attend school so she could not read or write. Only God pulled them through.

She married Homer Robert Harrell on May 3, 1941. He preceded her in death on July 27, 1997. Mavis was a lifelong homemaker (domestic engineer), and in the meantime, she had five children: Jessie W. Harrell, Douglas Harrell, Floyd Harrell, Shirley Harrell Wimberly, and Phillip W. Harrell.

Mavis was a member of the New Life Church of God in Greenville, MS, and attended that church for several years. She moved to Centerville, Texas, in 2007 and attended Calvary Baptist Church there, before moving to Bryan, Texas in 2014.

She had a birthday on June 7th, but passed away on June 6th, missing her 99th birthday by just several hours.

She is preceded in death by her husband, Homer Robert Harrell, and her son, William Jessie Harrell.