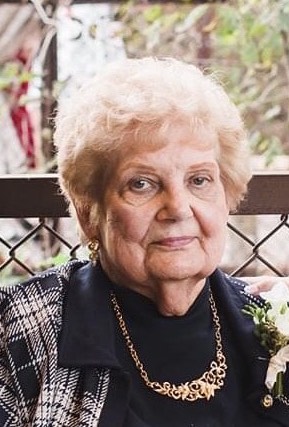 Martha Elizabeth (McDonald) Herwald, 85, passed away peacefully on Wednesday, June 23rd, in Bryan, Texas. Visitation will be Saturday, June 26, 9:00 – 11:00am, at Callaway-Jones Funeral Home in Bryan. A private graveside ceremony will be later that same day.

Martha was born on April 1, 1936, in Billington, Texas. She was the daughter of the late Jake and Jessie McDonald. It was in Mart, Texas, where Martha met and married James Herwald. They were married 62 years at the time of her passing. Martha and James raised their family in Bryan. Martha retired from Kroger in 1998 where she had worked for over 25 years. But she was most proud of her family. She was a loving mother, grandmother, great grandmother and great-great grandmother.

Martha is survived by her husband James Herwald; children Pamela, Mark and wife Angela, and Douglas and former wife Dawn; grandchildren Roger and wife Kasyce, Hanna and husband Aaron, Brady and husband Jonathan, Madeline and husband Nicholas, Andrew, and Savannah; great grandchildren Devin, Kaillie, Zoey, and Zeyla; great-great grandchild Kai; brother Jake; and many cousins, nieces and nephews. She is preceded in death by her parents, and sisters Johnnie Helen and Bonnie.