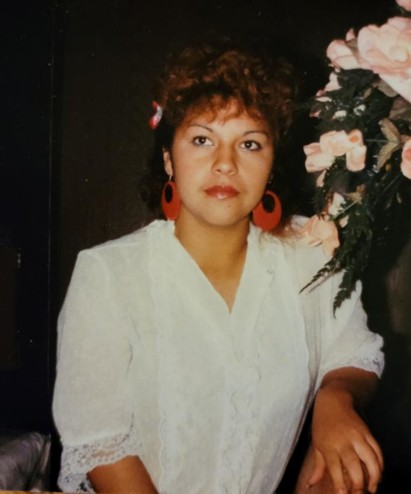 Maria Luisa Dimas was born in La Goleta, Michoacan of Mexico, to Alberta Vazquez and Pablo Dimas. She moved to the United States when she was a young child. Once entering adulthood, she married Ramiro Flores, which led to the birth of Ramiro Flores, Jr. and Eric Flores. She then moved to Las Vegas, Nevada, and started a new life there.

In her mid-30s, she had a daughter named Vanessa Palacios, and finally, in her early 40s, she had her last baby girl, which was Faith Dimas. With her two baby girls, she decided to move to Texas to give them a better life.

Maria Dimas was a beautiful, strong, independent single mother who would do anything to protect her loved ones. She dedicated her life to her children because family meant the world to her. She loved traveling, visiting family, making jokes, attending Vanessa’s soccer games, dancing, listening to music, and taking her girls out to eat. “We are who we are today because of Maria’s love.”

She was preceded in death by her mother, Alberta Vazquez, her oldest sister, Josefina Hernandez Dimas, and her niece, Ruby Dimas Garcia. Maria is survived by her children, Ramiro Flores, Eric Flores, Vanessa Palacios, and Faith Dimas, and many loving family members and friends.