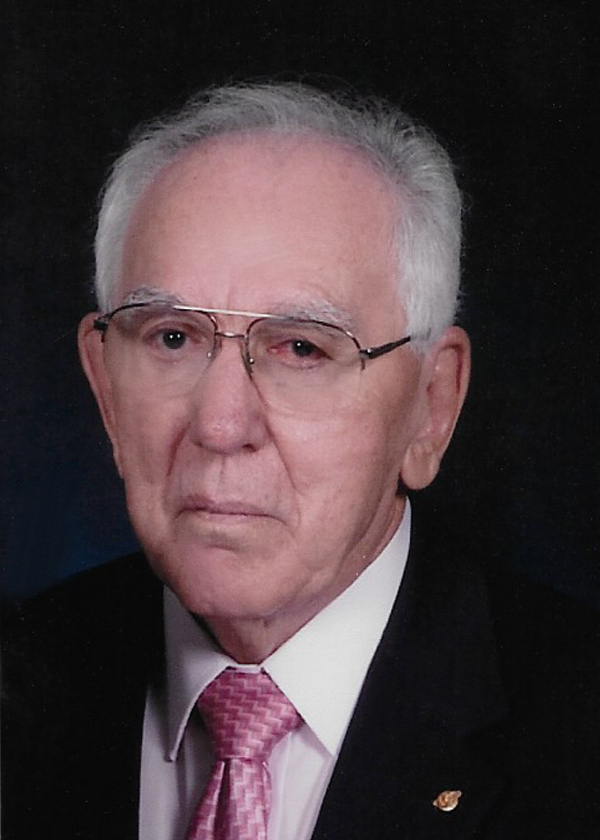 After 93 years of life, Leonard J. LaJimodiere went to be with his beloved wife, Dorothy, in Heaven on January 24, 2022. Leonard’s passion was his family. His four daughters meant everything to him as did his grandchildren and great grandchildren. His final days were spent talking with his daughters either in person or on video chats. He spoke with his grandchildren until the end. He left this world knowing their love for him.

Visitation will be held at Callaway-Jones Funeral Home in Bryan Monday, January 31, from 6:30 to 7:30 pm with Deacon Kevin Morris praying the Rosary at 7:30 pm. A funeral Mass will take place at 12:00 pm (noon) Tuesday, February 1, at St. Joseph’s Catholic Church in Bryan with Reverend Monsignor John A. McCaffrey officiating and Deacon Kevin Morris, son-in-law to Mr. LaJimodiere assisting. A Christian burial with Military Honors will follow at Mount Calvary Cemetery in Bryan.

Leonard was born July 4, 1928, in Medicine Lake, Montana to John and Diana (Beaupre) LaJimodiere. He graduated from Glasgow High School in Glasgow, Montana in 1945. He joined the Army shortly after graduation. He served in the Pacific Theater during World War II. There he fought in the Battle of Okinawa and was later involved in the Allied Occupation of Japan after the surrender. Following military service, he came back home to Montana to attend college on the GI Bill. It was in college that he met the love of his life, Dorothy Wagner. They would be married at St. Ann’s Cathedral in Great Falls, Montana on August 23, 1952.

Leonard went on to become a chemist and fire assayer in the copper and gold mining industries. He worked for the Anaconda Company in Montana and the Callahan Mining Company in Michigan. His jobs would take the family from Great Falls, Montana to Butte, Montana and then to Marquette, Michigan.

Memorial donations may be made to St. Joseph Catholic Church, 507 E. 26th St., Bryan, TX 77803. You may view his Book of Memories™ at CallawayJones.com.