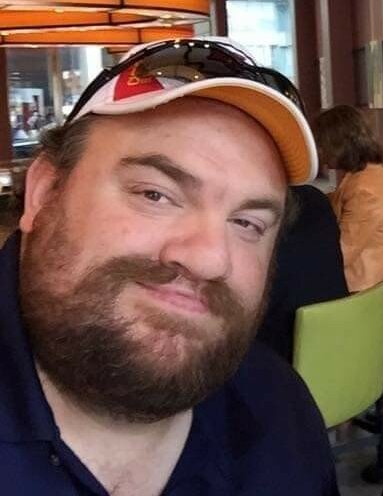 Larry Gene Thomas, Jr was born in Kansas City, Kansas to Larry Gene and Willann (Brown) Thomas.  He moved from Kansas City to Texas at a young age.  He spent most of his childhood in the Bryan/College Station area and graduated from Bryan High School in 1995.  He enlisted in the U.S. Navy shortly after graduation and spent the next several years visiting over thirty countries.   He married Melissa, his high school sweetheart on April 10, 1999.  His son, Joshua Logan Thomas was born December 26, 1999.

Larry Gene Thomas, Jr, had a larger than life personality.  He was a gentle giant, loved those around him and would do anything for those around him.  He loved his family and friends and had a fierce love and protectiveness for those he held the closest.  He enjoyed being around people, had such a way with those around him that he would light up any room he was in.  He had such a way with words and stories. His stories would make you listen, often you would laugh and there were those that you felt you were apart of whatever he was telling you.  His pride and joy was his son, Joshua Logan Thomas. The day he found out he was having a son, he had the biggest smile and radiated with such happiness, pride and love. Larry loved being a dad to Josh, playing games with him, coaching his soccer team and was so proud of him.  In the latter part of 1999 he accepted a position at Easterwood Airport.  Little did he know that this would become his home away from home and that he would gain a second family.  This family became his “Easterwood Crew”. His favorite teams were the Kansas City Chiefs and the Royals.