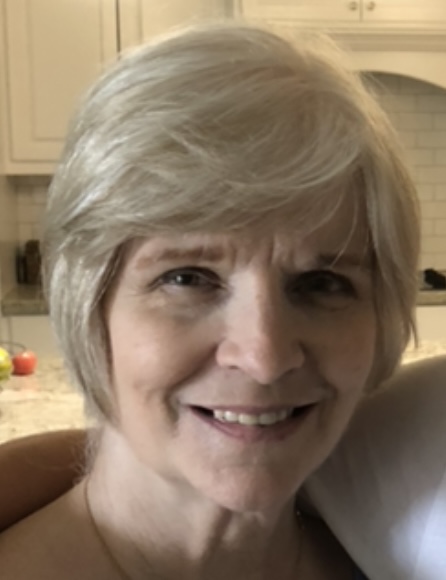 Lane Sharp Mason was born in the Panama Canal Zone to Val Sharp, Jr and Lucy Lane Sharp on October 9, 1946, where Val was stationed with the Navy. Her family moved around quite a bit before settling in Beaumont, where she graduated from Forest Park High School in 1965. Lane married and soon after, graduated from Lamar University with a degree in education and Spanish, followed a few years later by a master’s degree in education. After teaching preschool and kindergarten in Kingsville, where her husband was stationed, she moved to Beaumont where she first worked as a Child Development Specialist with DHS, then began teaching third and fourth grades in Vidor. A few years later, I was born. A move to Austin and a divorce followed. Austin is where she began a 20+ year career in education with Round Rock ISD, teaching first and third grades, primarily at Caraway Elementary. She then transitioned, initially while still teaching, to becoming a full-time assistant principal at schools including Brushy Creek and Voigt Elementary. During this time, she returned to school over the course of several summers and earned a second master’s degree. She moved back to Beaumont for a few years and held the position of middle school assistant principal before finally retiring in 2009. In order to be closer to me and my family, she moved to College Station and became involved in volunteering at local non-profits and her church. She died in the early morning hours of December 14, 2021.

These are the facts of Lane’s life but not where the most important impact lies. That, you will find, is in the lives she effected through her genuine compassion and love for children and in helping those in need. Lane gave all of her energies to the children she taught, sometimes to her own detriment and that of her family. Though she battled mental illness for decades, most people in her life, knew nothing about it. She arrived at school early and routinely stayed late. Countless hours were dedicated to lessons and meetings and helping children in whatever ways were needed. Her heart knew no limit when it came to the importance of children and their development. She once told a local newspaper, “I feel that a teacher’s responsibility involves much more than just instruction in the classroom. I think we should concentrate just as much effort on helping children develop healthy attitudes and positive self-images as we do in teaching reading, math, and other subjects.” Mom was one of those teachers often listed when students recalled their favorite teacher, and it brings joy to remember some of the stories told by her former students about the impact she made on their lives.

Among the life lessons one can take from Mom’s life are compassion and empathy for others. And maybe most importantly, compassion for self. She saw the immense value in children and in others but had difficulty seeing her own. I believe that she knew the destructiveness of perfectionism and would therefore encourage others to prioritize fortifying their own mental health. She would feel honored to think that her life inspired others to take better care of themselves.

Lane is survived by me, her daughter, Megan, her son-in-law, Justin, and grandson, Stockton. It goes without saying that Millie Laidacker, Mom’s best friend of over 50 years, her husband Michael, daughters Monica and Margot and grandchildren, Riley and Luke, were also Mom’s family. They enriched her life in countless ways, and I know Millie’s friendship sustained Mom when almost nothing else would.

Thank you to Hospice Brazos Valley and Crestview Skilled Nursing for the incredible compassion and thoughtfulness shown to Mom in her final weeks.

If after reading this, you choose to honor Lane’s life and memory, first indulge in some vanilla Blue Bell, her favorite. Then, if you are able to, give of your time or money or both to an organization that directly impacts the well-being of children or anyone in need.