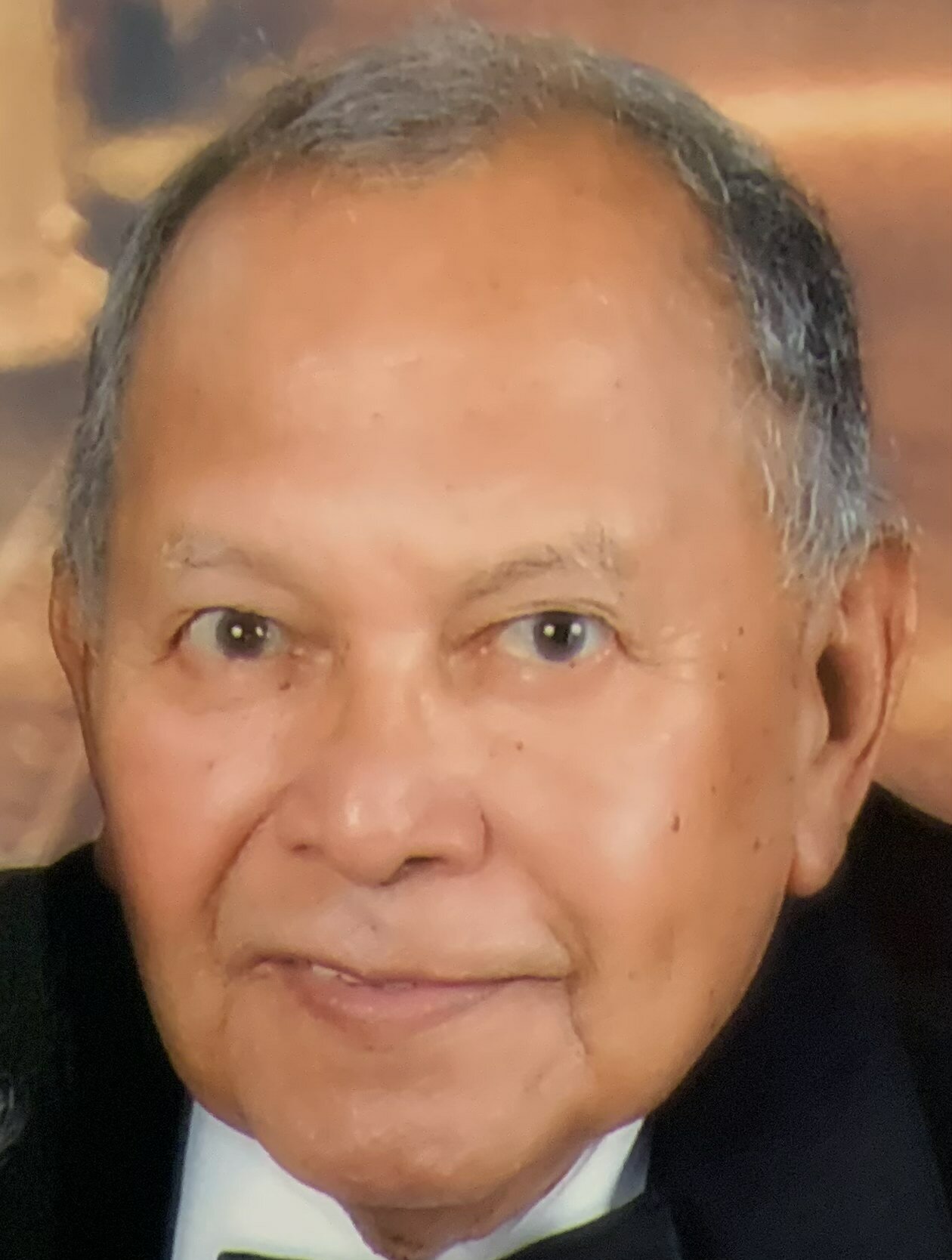 Mr. Julian Montalvo Ramirez died peacefully surrounded by his children and grandchildren on July 14, 2021 in Bryan, TX at the age of 86. Julian was born on February 16, 1935 in Cameron, TX. He grew up in Donna, Tx with Papa Jose and Mama Cúcita Ramirez but moved back to Bryan at the age of 17 to begin his adult life. Julian was employed by Alenco, driving his 18-wheeler across the United States. He and his wife were married 63 years before she departed this earth to be with her Lord in 2018.

Julian, with his wife Cruz, instilled in their children and grandchildren the importance of family, friends, commitment, respect for self, respect for others and especially to be respectful of our elders, civic duty and the power of laughter. Dubbed “Little Brown Yoyo”Julian was known to give all the “grandkids”a ride in his big truck and honked his horn to let them know he had arrived to pick them up. His children, grandchildren and anyone else who knew him will remember him for his magic quarter tricks, pranks, his 18-wheeler rides, driving lessons, boisterous laugh, Astros loyalty, and his love… a love that was felt by anyone who had the pleasure of meeting him. Julian was dedicated to his grandchildren and great grandchildren and could often be found at McDonalds. After the grandchildren were in their adulthood, he then began frequenting Whataburger where he’d meet a group of other retirees for an early morning breakfast and coffee. As soon as the morning staff saw Julian enter Whataburger they already knew his order; 2 over easy eggs placed on toast. He was passionate about spreading laughter, joy and smiles to each and everyone around him. Julian was a very generous man with so much love to distribute even to strangers. He was an active and dedicated member of St. Joseph’s Catholic Church where he was a Knights of Columbus member Council #1834 and 4th degree Knight with Bishop Gallagher Assembly #1091. He also supported and occasionally attended his son’s Save Our Streets Ministries Friday night service or watched via live stream when he couldn’t physically attend. He will always be remembered for his dedication to his children, grandchildren and numerous people who were fortunate enough to call him “grandpa”.

Retiring in 2001 after 42 years of driving. Julian’s retirement life was also remembered by having breakfast & coffee with his wife at different restaurants like La Familia, Casa Rodriguez, and others. He also loved to drive his wife and anyone else who’d join them to garage sales on Saturdays, no matter how early in the morning that would be.

All are welcome to attend the celebration of Julian’s life on Friday, July 23, 2021 at Callaway Jones Funeral Home. Visitation will be at 5:00 p.m. and a rosary at 6:30 p.m. A Mass of Christian Burial will be held at 11:30 a.m. on July 24, 2021 at Christ Good Shepherd Chapel with an interment service to follow at Mt. Calvary Catholic Cemetery.

In lieu of flowers, please consider a monetary donation to SOS Ministries www.saveourstreetsministries.org or mail to 1700 Grosebeck, Bryan, Texas 77803. The family would like to thank Liberty Dialysis Bryan staff for the many years of care and also the staff from Remarkable Hospice Care.

The family would like to thank everyone who made Julian’s life enjoyable and meaningful in his 86 years of life.

Psalm 126:2: Our mouths were filled with laughter, our tongues with songs of joy. Then it was said among the nations, “The LORD has done great things for them.”