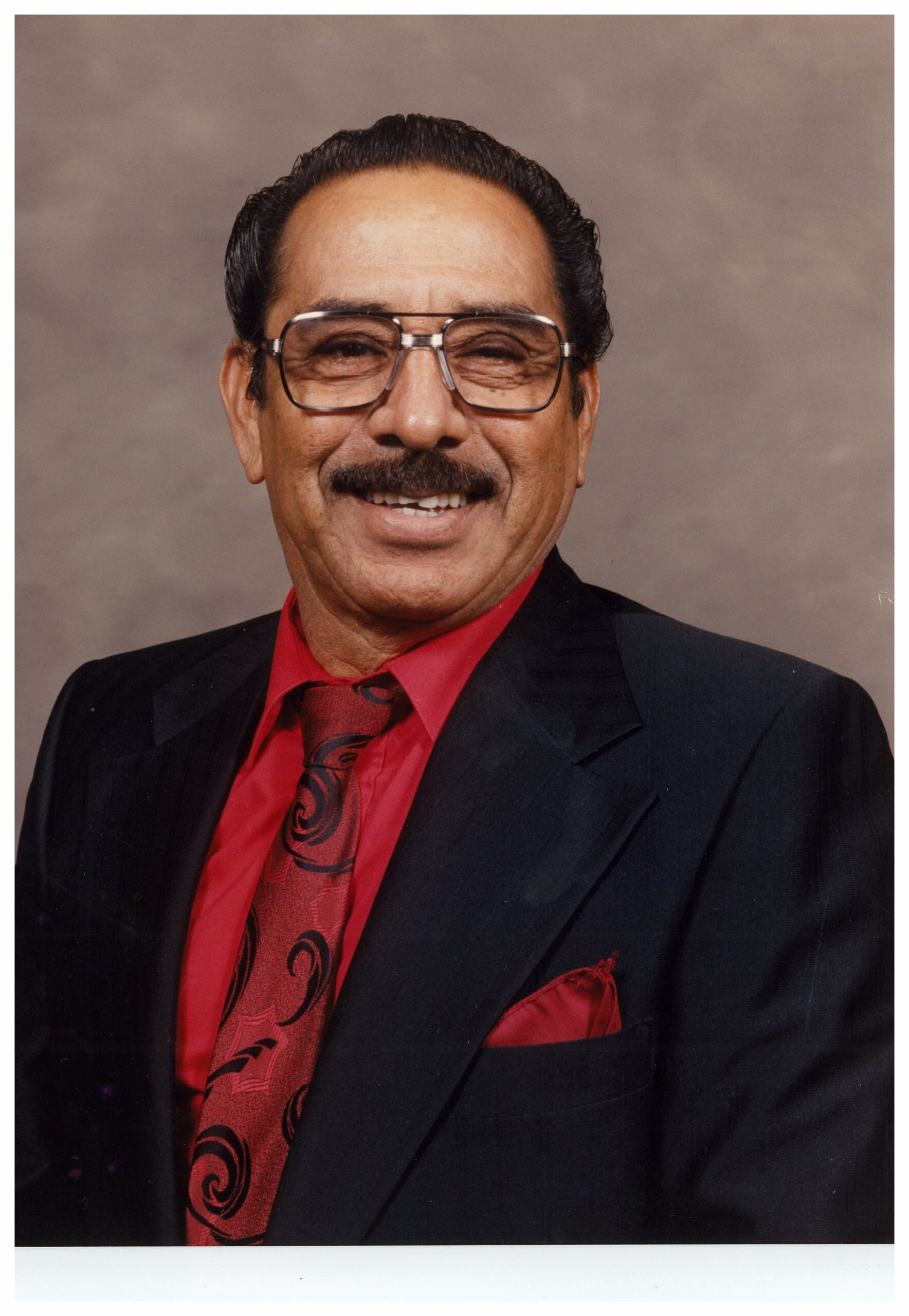 Our Daddy, Reverend Jose’ Primo Alaniz, Sr. passed away peacefully August 6, 2021. Visitation will be from 6 to 8 pm, Wednesday, August 11, 2021 at the funeral center. Life Tribute Celebration will be at 9 am, Thursday, August 12, 2021 at Momentum Church BCS. Services are being officiated by Pastor Jose’ Alaniz Jr and TOJ Johnny Alaniz. Interment will follow in Rest Ever Memorial Park. The family request for all guests attending services to wear a face mask or face covering. Services are in the care of Callaway-Jones Funeral and Cremation Centers, Bryan-College Station.

He was born June 9th in Millet, Texas to his parents, Emilio Alaniz, and Guadalupe Escalante Alaniz. He grew in Texas as a young lad and moved with his parents to Mexico for a few years, then returning to Texas to stay.

He is preceded in death by his parents Emilio and Guadalupe Alaniz, his sisters Petra, Benita, Guadalupe, and his brothers Wenseslao, Emilio Jr., and Dionisio, a daughter, Dalia Araceli, and his wife, Catalina Castillo Alaniz.

He received Jesus Christ in his heart and life in June 1958, in Lockney, Texas in an Assemblies of God Church. Dad was a loving husband and father, grandfather, and a hardworking man, with a clean sense of humor. His vision was to teach his children the principles of life, and the principles of the Word of God along with our mom by his side.

He then went on to serve as a Co-Pastor under two pastors, in Plainview, Texas and later launched his ministerial calling becoming a Pastor himself with the Pentecostal Holiness Church Inc. His first pastorate was in Bryan, Texas, on San Jacinto Road for several years. He then left to Homestead, Florida and planted a mission work in 1970 naming it, “Iglesia Puerta de Salvacion” pastoring there for several years.

He planted mission works and pastored other churches thru his lifetime. He pastored in Lansing Michigan, Adrian, Michigan, Hammond Illinois, Gary Indiana, and other various places. He then returned to Texas and began another mission work in his home, and later found a church building which he named for the second time, “Puerta de Salvacion” pastoring for several years. This was his last pastoral church, which he passed on to his eldest son. Later he planted another mission work in Brenham, Texas for a short time. He remained the latter part of his life in Sanctuary of Praise Church serving in all he could.

Our Father had a Servant’s Heart. Though he had his shortcomings and flaws, Jesus perfected him daily in His Love. He had a deeply rooted relationship with God and instilled that principle in us. This is our Father’s Legacy to us. Now our Daddy has entered his Eternal Rest in Eternity’s Morning to meet Jesus, and join our beautiful Mother, his loving wife, Catalina, and child Araceli.
Our dad has finished his course on this earth. Our hearts are broken, but now we must run the race that is set before us to go meet our parents one day soon.

“I have fought a good fight, I have finished my course, I have kept the faith:
Henceforth there is laid up for me a Crown of Righteousness, which the Lord, the righteous Judge, shall give me at that Day: and not to me only, but unto all them also that love his appearing.” 2 Timothy 4:7,8

“There remaineth therefore a rest to the people of God.
For he that is entered into his rest, he also hath ceased from his own works, as God did from His.” Hebrews 4:9,10