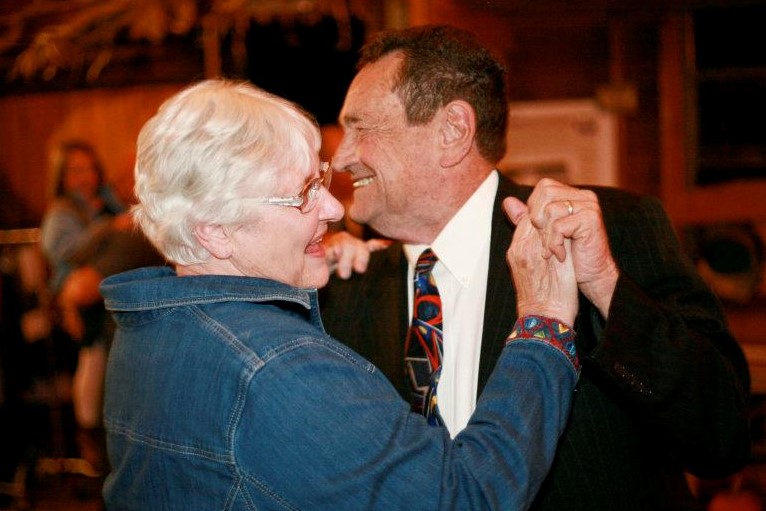 John G. Thomas of Bryan Texas, died Wednesday August 5, of complications from Covid-19. He was 83, a lifelong Texan, and a beloved husband, father, grandfather, friend and educator. His life of service was long and full.

John was born to Lefty and Casie Thomas in Pampa, Texas. His lifelong passion for service was influenced by his father, a county agent and his mother, a volunteer for many causes including many years of service to the Methodist Church. John’s love of farming and of honey bees started very early. Around age 10, he began selling honey he gathered from a wild colony at a roadside stand, and was a beekeeper for the majority of his life. He often referred to his wife of 61 years, Janice, as his “first wife”, but his first love was a honey bee. His first trip to Texas A&M, his alma mater, was at age 6 when Lefty received a Master’s degree. His second was at age 11 when he was put on a train, alone, from Childress to College Station, where he spoke at a Texas Beekeepers meeting. His desire to attend A&M was cemented. After graduating from Wellington High School in 1955, John headed to College Station with $575 and the address of Ma Hamilton’s boarding house.

John enrolled in the entomology program and was a member of the Corps of Cadets in “B” battery, Anti-Aircraft Artillery (AAA) unit. He held many elected positions in the Corps, while working his way through college. It was rumored his Senior Class managed to “borrow” every school mascot in the region (with a complete loss of one car interior, thanks to the Baylor bear). Secondary to his escapades, he was also a stellar scholar and was a member of several academic honor societies. Upon graduation in 1959, he married the love of his life, Janice Davis, a Wellington classmate (and a proud T-sip). He became the Class Agent for Class of ’59, a position he held for 50 years. He additionally went on to receive his BA in Economics and MS in Entomology (1961) and his Ph.D. (from KSU) in 1970.

John worked for the Texas A&M Extension Service through college and until his retirement in 1992. He was integral to the early development of Integrated Pest Management in Texas. During the 50’s and 60’s, chemical pesticides were inexpensive and casually used. The Agricultural Extension Entomology program set out to educate farmers on cutting edge research to better manage crop pests, reduce pesticide use, and broaden non-chemical control practices such as beneficial insect use and non-chemical controls. This successful Texas program was later implemented by John in 28 states during a stint at the Federal Extension Service in Washington D.C. The IPM pilot programs resulted in significant impacts to agriculture and improvements in environmental quality and is still a model of agricultural practice today. He received numerous awards and accolades for his work including the Faculty Distinguished Achievement Award.

After his “first” retirement, John threw himself into his many unpaid positions. He volunteered with multiple organizations including National Active and Retired Federal Employees where he tirelessly lobbied for protection of federal employee pension benefits and served stints as both state and national legislative chair. He was a member or elected official for many of the regional, state and national Entomological Societies. He also continued his service and was a strong advocate for the Texas Beekeepers Association, which he was a member of for most of his adult life. “Dr. John” became one of the greatest ambassadors for the honey bee and could speak long and eloquently about that wonderful organism (once asked how long he would like to speak about honey bees, he replied “How long is your program today?”). He would eagerly mentor anyone who asked (and some that did not ask) about honey or honey bees. Dr. John was the driving force in getting a honey bee research facility built at the Riverside Campus of Texas A&M and he and Janice provided the gift needed to finish the laboratory, the Dr. John G. and Janice Thomas Honey Bee Facility. Additionally, they were both fixtures at the honey demonstration booth for years at numerous fairs, meetings, and county demonstrations to promote honey use and honey bees.

He was always ready and willing to promote Texas A&M. As a lifelong adult resident of Bryan, he truly bled maroon and attended and supported nearly every sport at A&M involving a ball. He was a charter member of the Century Club for 52 years. He also worked tirelessly as Class Agent and assisted the class in numerous donation efforts including it’s funding of a Class of ’59 pillar at the Clayton W. Williams, Jr. Alumni Center, and the funding of three Corps of Cadets Endowed Scholarships. In addition, he and his wife personally supported numerous educational endeavors and scholarship funds at Texas A&M. John was a member of the A&M United Methodist Church for the majority of his life and a lifelong Methodist. He served for many years as a Sunday School teacher and church usher.

John loved to talk and was a speaker for numerous organizations and societies. His passion for learning and educating was instilled to all of his children who also pursued BS, MS or PhD degrees. He interacted with international guests as a host for the Agriculture International Program and met many lifelong friends, always eager to both teach and learn from them. He traveled extensively through Texas and through many countries during his lifetime. Later in life, John enjoyed spending time with his kids and grandkids, traveling to numerous locations in the US, Canada and Mexico. His curiosity was present even well into his late 70s and 80s. The grandchildren quickly learned to expect numerous questions and when asked something they clearly would not know the answer to (such as asking the 11 year old about the population of a foreign city they were driving through), that the short answer was always one word… “14”. The family response to any unanswerable question to this day is still “14”. His love of life and legacy to service are alive and well to this day in the many programs and institutions he has touched, and in the love of education he instilled in his family and friends.

Many thanks to the wonderful caregivers whose dedicated assistance ensured John’s comfort at home in his last years. In lieu of flowers, donations can be made to the Texas Honey Bee Education Association (400 County Road 440, Thrall, TX 76578 or by phone at 512-924-5051) or to the the Texas A&M Foundation, 401 George Bush Drive, College Station, Texas 77840. Please designate gifts “In Memory of Dr. John G. Thomas ‘59” in the memo line of the check and gifts will be applied to honey bee and beekeeper education. To donate online, you can go to give.am and select, Unlisted Account, and enter “Dr. Nevin Weaver Honey Bee Excellence Fund-04-57916”.

A Memorial Service in his honor will be held in 2021.

The family greatly appreciates donations made to these charities in John Gordon Thomas 's name.