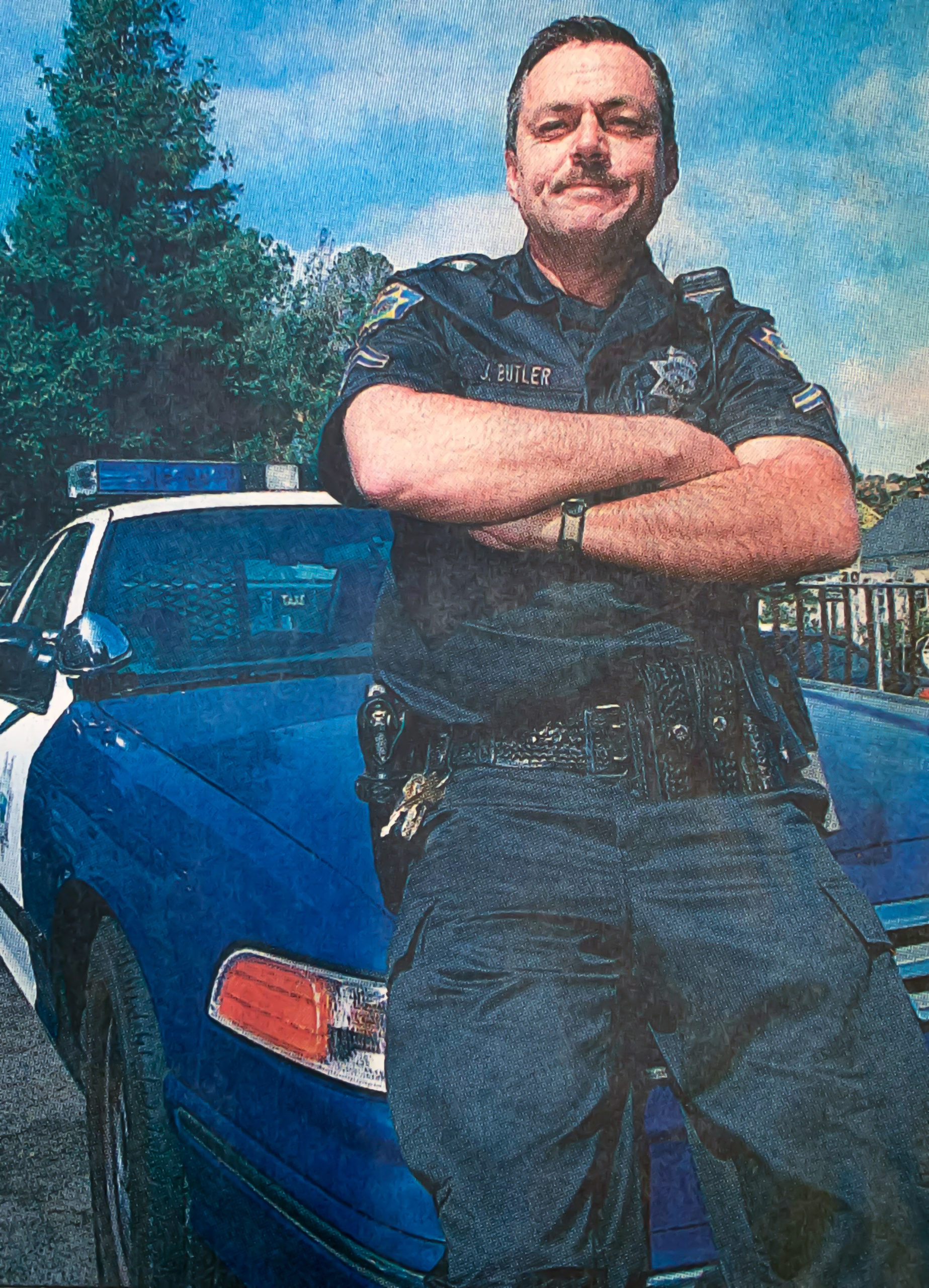 His career started in 1973 with the Benicia Police Department. He was hired as a Cadet and became a Reserve Officer in 1976 and a Dispatcher in 1979. He was then hired as Deputy Sheriff for Alameda County Sheriff’s Department in 1983.

John found his place when he was hired as a Police Officer by the Martinez Police Department in 1986. During his career he held such assignments as Field Training Officer, Detective, Corporal and Hostage Negotiator. John received numerous letters of appreciation and commendations for his professionalism and dedication. Some of his accomplishments include being nominated for a Carnegie Hero Medal and receiving a Medal of Valor.

His nephew, Ryan Baron, precedes him in death.

He is survived by his mother, Norma Gipson; his brother, Roy Butler and wife Erika and son Nick and daughter Brenda and families; sister, Cathy and husband David Rudd and son Richard; sister, Suzanne (Sue) and husband Sam Baron and son Riley.

John’s family and friends will greatly miss his wonderful and witty sense of humor, his infectious laugh, his one of a kind grin, his kind and loving heart and his love of life.

Private services will be held.