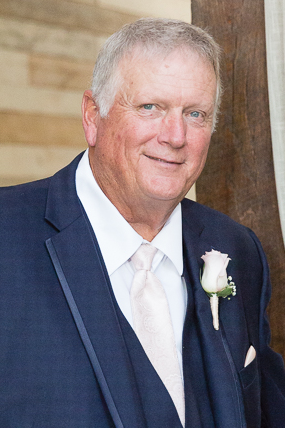 Jim “Bear” Bratsen, Jr., 68, of Bryan, Texas, passed peacefully into the loving arms of his Lord and Savior, Jesus Christ, on Thursday February 18, 2021, at St. Joseph Hospital of Bryan, following his valiant fight against COVID. Family and friends are invited to a Celebration of Life Service at 11am Saturday, March 6, at Central Church, with Pastor Chris Osborne officiating. Services are in the care of Callaway-Jones Funeral and Cremation Centers.  Bear’s ashes will be interned in Rest Ever Cemetery in Bryan, Texas, at a future date.

Bear was born December 28, 1952, in Galveston, Texas, to James and Lucia Bratsen.  He grew up in La Marque, Texas, where he attended Queen of Peace Catholic School his first six grades, La Marque Junior High and La Marque High School his last four grades.  Following in his father’s footsteps, Bear excelled in the sport of baseball.  He began in Little League and continued all the way through his senior year, where he earned All-District and Co-Captain awards at La Marque High School.  Following his graduation from La Marque High School in the spring of 1971, he signed a baseball scholarship with Hill County Junior College in Hillsboro, Texas.  He played there for one year before signing another baseball scholarship with Texas A&M University.  He played outfield his first season with the Aggies, later becoming their starting first baseman for the remainder of his college career.  Bear earned a great deal of recognition during his A&M baseball career, including his selection as All-American, setting A&M individual full season records in 1974, setting SWC records in 1974, earning All-SWC honors in 1975, and winning the Marion Pugh MVP Award for the Aggies in 1975.  In the summer of ’75, Bear signed with the Cleveland Indians organization and played for their minor league team, the San Jose Bees, of the California League.  Following an injury to his rotator cuff the following year, Bear played several more seasons in the Gulf States/Lone Star League and the Carolina League.  He compiled a career batting average of .259 with 18 home runs and 107 RBI in his 227-game career with the San Jose Bees, Corpus Christi Seagulls and Kinston Eagles. He last took the field during the 1978 campaign in Kinston, North Carolina.

Bear continued his love of sports as a high school coach and health teacher, impacting the lives of so many of his students, both on the field and in the classroom.  He spent his full 32-year career in education with Navasota I.S.D., coaching baseball 11 years, football 28 years, and track 17 years, at Navasota High School.  Bear retired from teaching in 2010, to be able to spend more time with his family and allow him to enjoy watching his youngest son, Krey, play baseball for Texas A&M, where Krey wore Bear’s jersey number, #13, all four years as the Aggies’ starting center-fielder.  Bear could not have been prouder, and he could always be found guarding the third baseline gate at Olsen Field for all the home games.  Bear continued to guard that same gate following Krey’s last season at A&M in 2014, and was looking so forward to doing it, again, this season.

Bear was introduced to his future wife, Karen, by Texas A&M Baseball Coach, Tom Chandler, in a chance meeting in the coach’s office in the fall of 1974.  Later, in the spring and early summer of 1975, Coach Chandler went to work on his match-making skills to bring Bear and Karen together.  While waiting for the draft, Bear went off to play summer ball in Kansas, and he sent a letter to Coach Chandler asking for Karen’s mailing address.  Shortly afterwards, Bear began writing letters to Karen.  Once she responded, they continued writing back and forth until he returned to finish working on his degree from TAMU in September of 1975.  They continued their long-distance romance – Bear off playing ball during baseball season and attending classes at A&M or working with his dad during off-season – for three more years.  In 1978, Bear accepted a teaching/coaching position at Navasota High School.  He and Karen dated three more years, before marrying on May 30, 1981, in Bryan, Texas.  They were blessed with three wonderful sons; Kade (1985), Kord (1988), and Krey (1991).  In 2019, Krey and his wife, Michelle, presented Bear and Karen with their first grandson, Kase.  Bear and Honey found new meaning to their lives!

Born and raised Catholic, Bear later became a member of Central Baptist Church of Bryan-College Station, where he was baptized along with two of his sons, following his other son’s baptism years earlier, all by Pastor Chris Osborne.  Bear exemplified life as a Christian in how he lived his whole life.  In how he treated others, his character and morals, his words, his love and respect for others, his deep, unconditional and unwavering love for his family, especially his wife and their sons, and most importantly, his love for Jesus Christ.

Bear was preceded in death by his parents, and a very special uncle-in-law, Dalton Rice.

In lieu of flowers, the family asks for donations in Bear’s memory to either Central Church at 1991 FM 158, College Station, TX 77845, or to St. Jude’s Children’s Research Hospital at stjude.org/donate.