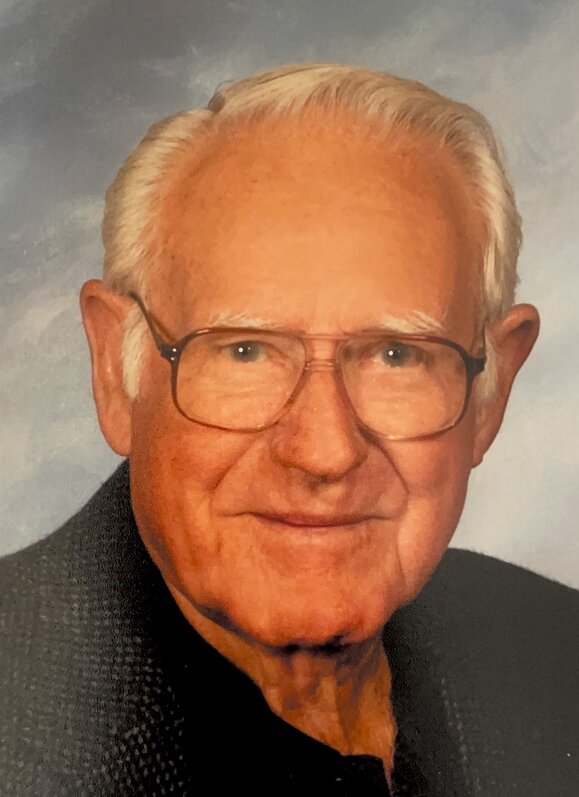 James E. Ellis, 92, died Monday, December 20, 2021, at his home in College Station, Texas. Funeral arrangements are with Callaway-Jones of Bryan–College Station. Visitation on Thursday, December 23, at 1:00 p.m., with services at 2:30 p.m. Interment to follow at Wellborn Cemetery.

James was born in Frankston, Texas, to Ree and Janie Ellis. As a teenager he moved to Houston and worked various jobs before being drafted into the army. After his honorable discharge, he returned to Houston and began his oil field career, with stints in Hobbs, New Mexico, and Louisiana, ending up in New Iberia, where he met Genny, his wife of fifty-three years. He became an instant father to Liz and Gary, and five years later, after the family moved to Houston, Jennifer was born. In 1980 he was transferred to Bryan–College Station; in 1985 he started his own wellhead business, which he operated until he was eighty years old.

James enjoyed family celebrations in his beer garten at his home in Wellborn—birthday parties, crawfish boils, an Aggie ring dunk, and many Thanksgiving fried turkeys. In warm weather you could find him on his riding lawn mower, under one of his oak trees, enjoying a beer.

He was preceded in death by his parents; his brothers Doyle and Leroy; his sisters Molly, Betty, and Doris; and his son, Gary.