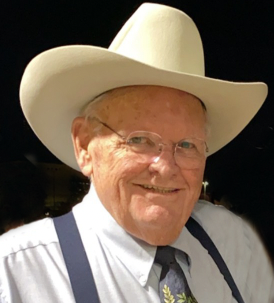 Gregory Denman Williams, 71, of Waller, Texas passed away on Saturday, November 28, 2020 in Houston, Texas. A service will be held at Callaway-Jones Funeral and Cremation Centers on Saturday, December 5, at 10:00 AM. As a precautionary measure, during services masks are required to be worn by all family and friends in attendance. We will also be making accommodations for social distancing.

Greg was born on the 2nd of August in 1949 in Burnet, Texas to Merkle Quinby Williams, Sr. and Mary Louise Denman Williams as the youngest of three boys. He was a very curious kid right from the start. He had a love for the outdoors, playing football and baseball, being involved in FFA, and fooling around with his brothers Quinby and Robert.

In 1968, Greg graduated from Copperas Cove High School. Soon after, he and his eldest brother opened a service station in Huntsville, Texas. It was there that he was dared to ask the beautiful girl who walked by the service station each day for a date. That beautiful girl was Denese Robertson. It wasn’t long after she said “yes” to the date that they both said, “I do.” The happy couple were united in marriage on January 23, 1971. They welcomed their first and only child, Stephanie Ann Williams, into the world in Huntsville, Texas on March 14, 1974.

In Huntsville, Greg also worked as a mounted prison guard for the Texas Department of Criminal Justice. He ended up following in his father’s footsteps and began a long career in the car business. He had a stint in sales, but ultimately found his passion in the service side of the car industry. He was able to excel because of his love for helping others, which was apparent in everything he did. He truly loved people, and they loved him back!

Greg shared a love of leather workmanship with his daddy and his eldest brother Quinby. He had a natural talent for saddlery and leatherworking and was always eager to share his passion with others. This love led to him opening the Lazy “W” Saddle Shop in Waller, Texas.

Greg knew he was a blessed man and was so proud of the family God gave him.

Greg is preceded in death by his parents, Merkle and Mary Louise, his oldest brother Quinby, and his loving in-laws, Charles Emmit and Leah Katherine Robertson.

He is survived by his bride of almost 50 years, Denese Arlene Williams; his loving daughter, Stephanie Summers and her husband Edward John Summers of Fieldstore, Texas; his granddaughters Caitlin, Mackenzie, Lauren and fiancé Chance Herrera, Grace, Jolie, and Emma; his great-grandson Waylon Herrera; his older brother Robert; and many other family members and close friends.

In lieu of flowers, there has been a fund set up for the family to help his bride of nearly 50 years with funeral expenses and on-going medical bills. For more information on how to donate, please visit the following link: https://gf.me/u/za32jq

The family greatly appreciates donations made to these charities in Gregory Denman Williams 's name.