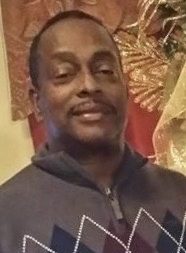 His Life Celebration will be at 2:00 p.m., Friday, July 3, 2020 with graveside services at the College Station Memorial Cemetery with Certified Celebrant Dawn Lee Wakefield officiating.  Interment will be at the College Station Memorial Cemetery immediately following.  Services are in the care of Callaway-Jones Funeral and Cremation Centers, Bryan, Texas.

Frank E. Wilson, Jr. was born August 11, 1957, in Daphne, Alabama to loving parents, Frank E. Wilson, Sr. and Fannie Mae Carroll as their only child whom they showered with love and adoration.  Frank excelled at Fairhope High School graduating with honors and attended Alabama State University, Montgomery, Alabama in 1975, majoring in Music to become a member of the renowned “Alabama State University Marching Hornets.  It was also at this time that Frank met and married his wife of 36 years, Grace (Malone) Wilson.  This beautiful and blessed union was gifted with two beautiful children, who he referred up and to his passing as his “Pride and Joy.”

Frank, even at a young age, was known for his expertise to be able to fix or repair anything and there was not a subject matter that he could not elaborate.  From working film productions to owning his own businesses and lastly as a Field Engineer for DIRECTV, Frank excelled in performance and was widely respected by his peers. He was known for his tough love in giving life lessons and as a compassionate spirit.

Frank was preceded in death by his Father, Frank Sr. and his Mother, Fannie.  He is survived by his wife Grace and his living legacy continues through his children Dannielle Alexis Wilson and Kevin Alexander Wilson.  He is also survived by several brothers-in-law, sisters-in-law, cousins, nieces, and nephews.