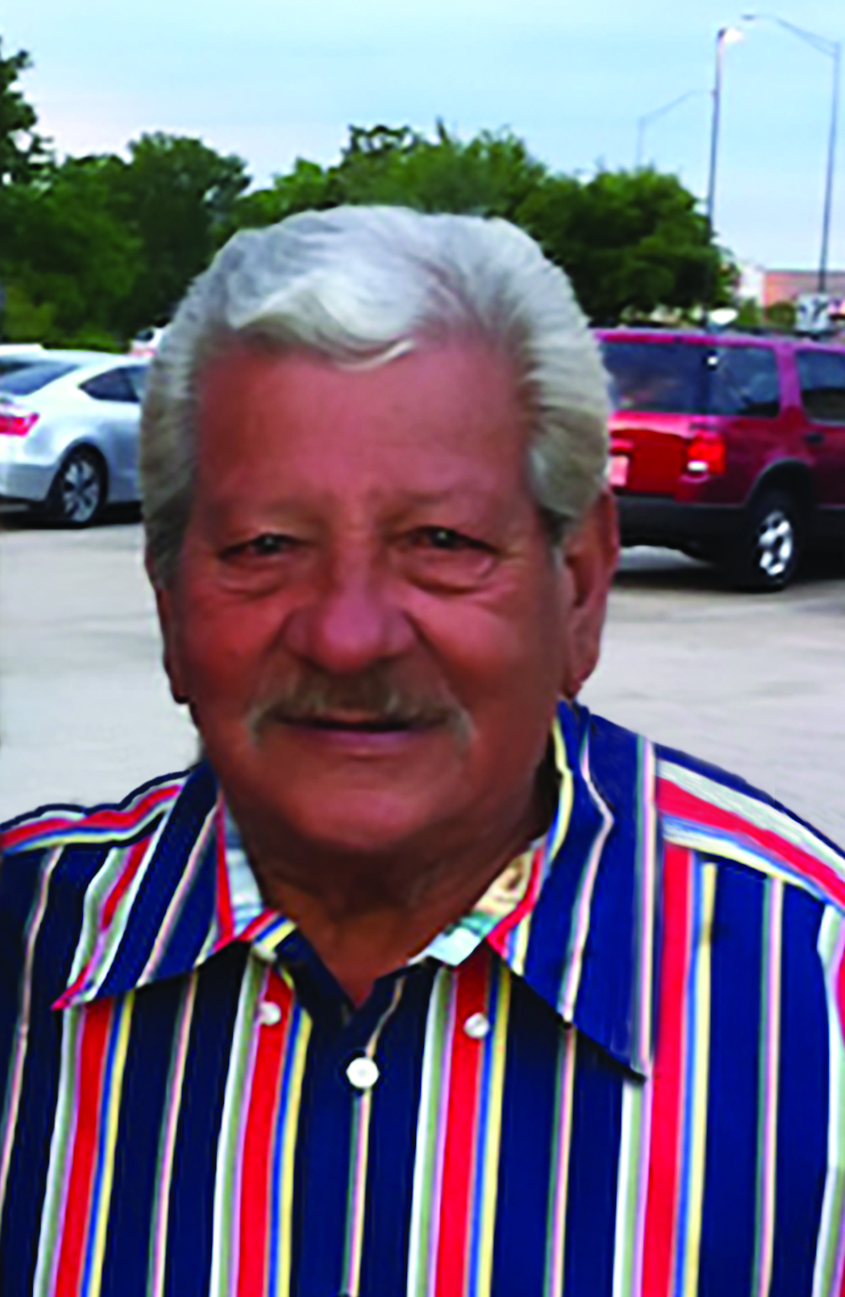 Our Frank Rodriguez has joined our loved ones who have gone before us in heaven on Saturday, March 5, 2022, in Bryan surrounded by his children and family. Visitation will be from 5 to 8 pm on Thursday, March 10, 2022, at Callaway-Jones Funeral Center with the Rosary recited at 6:30pm. Mass of Christian Burial will be at 10 am, Friday, March 11, 2022, at St. Joseph Catholic Church with Interment to follow in Bryan City Cemetery with Military Honors. Services are in the care of Callaway-Jones Funeral and Cremation Centers, Bryan-College Station.

Frank was born in Bryan on April 25, 1940, to Francisco and Maria Cruz Rodriguez. He was the eldest of six siblings born to this union. Frank was a determined young man who wanted to be successful in life. After graduating high school, he immediately joined the United States Air Force. Frank then attended Texas A&M on the GI Bill. He was a proud Fighting Texas Aggie Class of 1970. Frank began his career in the tire industry following his course work at TAMU. In 1970, Frank moved his family to Houston where he began his career with Firestone in 1970. In 1983, he moved his family back home to Bryan where he was the managing partner of Len George Firestone in College Station until 1987. He then went on to work at Goodyear and finally retired after working many years at Oscar & Sons Autobody Specialists. He was blessed and honored to work with Oscar Chappell who was one of his dearest friends. Frank enjoyed life to the fullest and loved dancing at the Bryan Lulac Ball Room. He was no stranger to the dance floor and one of favorite dance partners was his precious cousin Lita Duran from Laredo. He loved to share his talent with his family over the years, especially his grandson Nicholas. His favorite breakfast meal was a hot bowl of menudo. He truly enjoyed homemade tamales. Frank will be remembered as a self-proclaimed Honorary Employee of Texas DOT for mowing the ditch in front of his house over the years. He was also the president and sole member of the Brazos/Robertson County chapter of the HOA (Hitchhikers of America). Those that knew Frank over the last 20 years can appreciate the comedy of this. He was a hard worker and lived by the philosophy of “Don’t wait for anyone to give you something, work for it.” He didn’t believe in handouts. His greatest accomplishments in life were his children Kim, Charlie, and Meagan; building his life, and his education from TAMU. Frank was a member of St. Joseph Catholic Church where he shared his faith life with family and friends.

His parents, Francisco and Maria; the mother of his children Dora Cruz, and his brother, Eddie Rodriguez, all preceded him in death.

Galon Tepera, Nick Tepera, Jose’ Lerma, Isaiah Rodriguez, Colby Shivok, and Jimmie Carter are serving as Pallbearers honoring the life of Frank Rodriguez.
In lieu of flowers, please consider a donation to Hospice Brazos Valley, 502 West 26th Street, Bryan, Texas 77803
The family would like to thank the VA and the staff at CHI St. Joseph for the exceptional care they provided to our father, especially, nurse Kailey Gibson, PJ, and tattoo Tim.