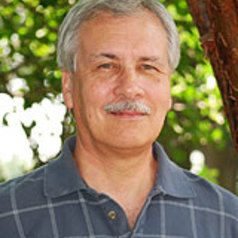 Kent Edward Portney passed suddenly on June 13, 2020 at age 69 in College Station, TX. Dr. Portney was a professor at the Texas A&M University Bush School of Government and Public Service since 2014. He was appointed Director of the Institute for Science, Technology and Public Policy in 2016 after serving 2 years as a Senior Fellow in the Institute. In 2017 he was named a Texas A&M University Presidential Impact Fellow and in 2018 he was named the Bob Bullock chair in Government and Public Policy.

Before joining the Bush School, Dr. Portney spent more than 30 years on the faculty of Tufts University, where he served as department chair in Political Science and directed the graduate program in Public Policy and Citizen Participation. He received the accolade of Professor Emeritus there.

He is survived by his wife of nearly 40 years, Marilyn Santiesteban, his son Teddy and wife Jennie, his daughter Alexandra, his sister Arden and her husband Vince, and 3 loving cats.

Please join us at 2pm to honor and celebrate the life of Professor Kent Portney. Please leave messages for the family in the comments.

Posted by Callaway-Jones Funeral Home and Crematory on Tuesday, June 16, 2020

Dr. Portney will be honored with a Celebration of Life at 2 pm Tuesday, June 16, 2020, at Callaway-Jones Funeral Center in Bryan, with Celebrant Dawn Lee Wakefield officiating.