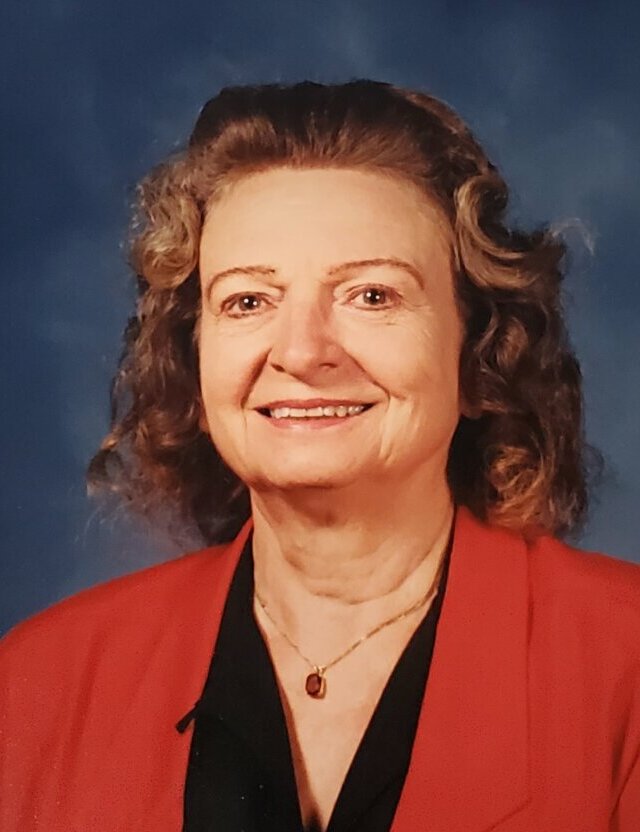 Dorothy Sramek Bienski, 100, passed away Friday, September 17, 2021 in Pattison, Texas. Visitation is scheduled for 8:30 a. m. Tuesday, September 21 with a Rosary being recited at 9:00 a.m..A Mass of Christian burial will follow at 9:15 a.m. at Sacred Heart Catholic Church in Pattison, Texas, with Reverend David J. DuBois officiating. Interment will follow in Mt. Calvary Cemetery in Bryan on Tuesday at 3:00 pm in the afternoon.

She was raised in the Smetana Community where she was involved in 4-H and was well known for her gardening skills and food preservation work, assisting in the work of the family farm and the family grocery store in the Smetana Community.  The Srameks owned one of the first cars in Brazos County, and much of her life would later involve traveling by car either for jobs or social visits. She was excited to embrace everything new as she watched technology move from horse and buggy to the space age. She spent a lot of time keeping up with the latest results of scientific research.

Dorothy attended school in Smetana, Texas. She graduated in 1940 from Texas State College for Women at Denton with a BS in Home Demonstration, where she formed many friendships that were to sustain her for the rest of her life.  She later earned an MS degree from the University of Houston.

She married Leon Bienski of Bryan in 1946.  After a few years in Houston and Waelder, Texas, she and Leon settled in Pattison, where they raised their three children.  She was a member of Sacred Heart Catholic Church.

Dorothy spent her life as an educator. She taught Homemaking, Physical Science, Chemistry, Biology, and Physics at Royal High School in Pattison. She and her husband were full-time teachers, nevertheless they worked together to grow, cook, and preserve essentially all of the food the family consumed. Dorothy was famous for the recipes she developed for desserts.  Visitors were frequent and they were always served some treat that she had cooked.

She worked very long hours balancing career, being a mother, and maintaining the household, yet an incredible amount of time was devoted to social life.  Weekend trips to visit others were common and weekly Domino parties were hosted with 20 to 30 people attending.  She prepared meals for these crowds seemingly without effort. She participated in all of the church social functions.

She was preceded in death by her parents, her brother, Donald; her husband, Leon Louis Bienski, and her sons, Philip Richard Bienski and William Patrick Bienski.

She is survived by her son and daughter-in-law, Lee Don and Carolyn Bienski of College Station, and numerous nieces and nephews who all loved her dearly.

The family wishes to express their deep gratitude for the excellent care Dorothy received by her caregivers throughout the years.