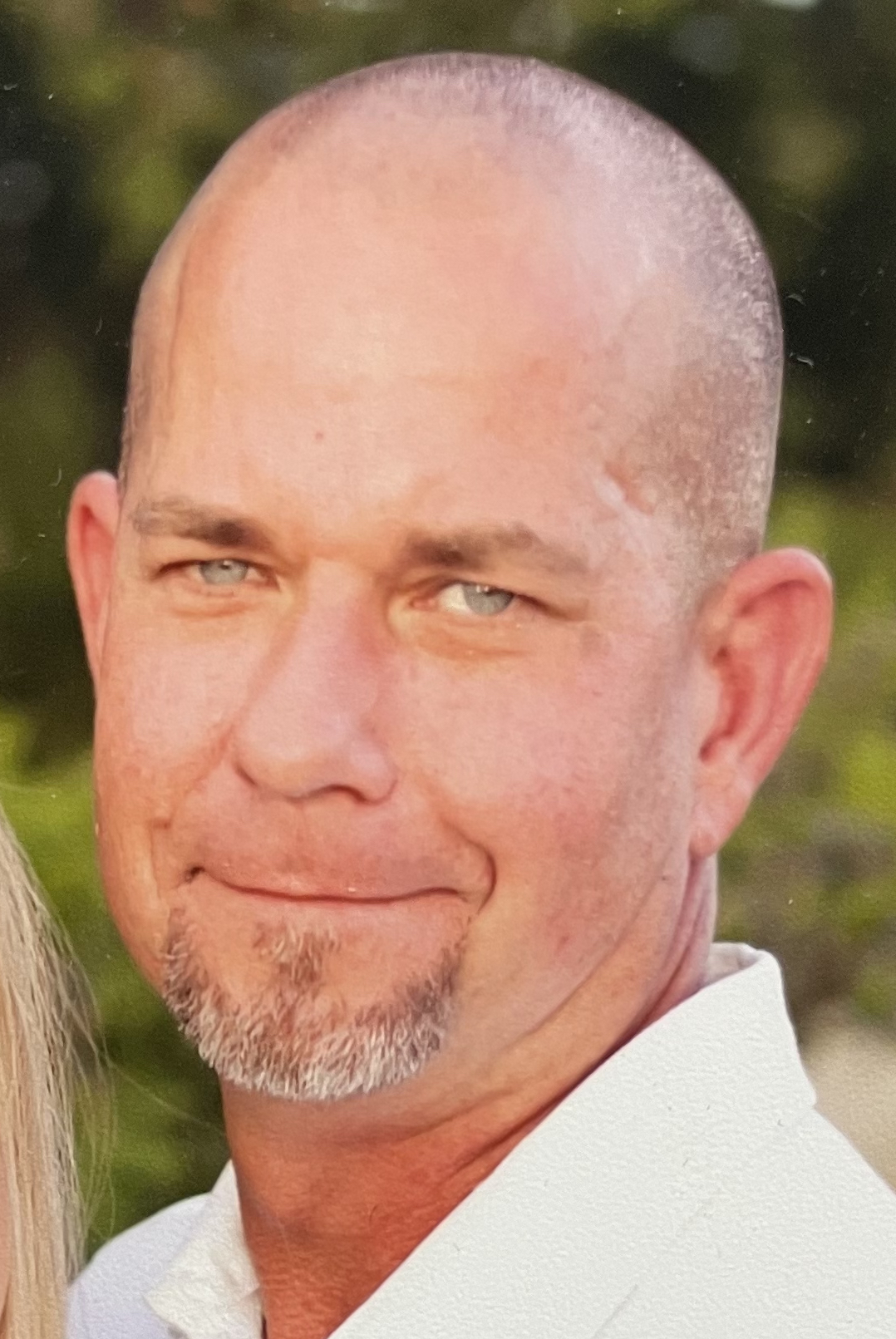 Brandon was born December 5, 1973, in Springfield, Missouri, to Michael and Deborah Strope. He is a 1992 graduate of A&M Consolidated High School. Brandon was the proud owner and founder of Anything Painted and Collision Repair, 3609 S. College Ave., in Bryan.

One of Brandon’s greatest loves was being out on the lake, which he developed a passion for early in life, spending time at lakes with his grandparents in Missouri. But this all was second to the fierce love he had for his family, including his wife, three children and two grandchildren.

You would be hard-pressed to find him and his wife Karen apart, and he absolutely loved watching his son Brodey play sports. He also treasured the little moments, like picking up Brodey each day from the bus stop. He greatly valued family time with Karen, Brodey, his daughters Jordan and Morgan and his two grandsons, Gatlyn and Roy.

Brandon was intensely loyal to his family and to his wide circle of friends, and he had boundless energy. He also never met a stranger. With his ice-blue eyes and his crazy sense of humor, he was truly one of a kind with a heart of gold. He always had a good story to tell and a laugh to generate for everyone. A kid at heart, Brandon enjoyed his guns, racing, toys, and gadgets, like drones, remote control cars and boats, a potato gun, golf carts, whatever other latest gadget he may discover, and his most recent purchase, a Segway. He also enjoyed a good cigar before being diagnosed with congestive heart failure last year.

Brandon opened Anything Painted in 2015 after spending a long and distinguished career in auto paint and repair in the Bryan-College Station area. Known as the “color match king” and a paint perfectionist, Brandon was an artist and was widely recognized in the industry for his talent. Last year, Anything Painted was awarded a “2020 Best of Bryan Award” in the category of Auto Body Shop, for which he was immensely proud. He opened Anything Painted with just one auto bay and, by 2021, had greatly expanded and had 5 people on the AP team.

Brandon and Anything Painted were selected to work with The Ford Motor Co. on a new, custom baby blue and orange Shelby Mustang in the original Shelby colors. Brandon and his shop also were picked by Hennessey Performance to custom build and paint a VelociRaptor 6X6 for Texas singer, songwriter and rapper Post Malone. Each hand-painted item on the truck was a replica of the tattoos on Malone’s face.

You may have seen Brandon proudly zooming around Bryan-College Station in his beloved black diamond edition CTS-V Cadillac with the license plate, “CADZ11A.”