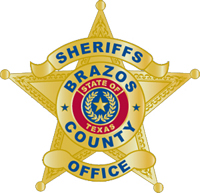 Bobby Riggs, 85, of Bryan, former Brazos County Sheriff, Former Bryan Police Department Lieutenant, passed away on Wednesday, October 7, 2020, in Bryan. Visitation will begin at 2 pm, Sunday, October 11, 2020, at the funeral home. Life Tribute Celebration service will be at 1 pm, Monday, October 12, 2020, at the funeral home. Interment will immediately follow in Bryan City Cemetery where he will be laid to rest near his son, Bobby Allen Riggs. Officiating the service are both Brother Henry Stovall and Brother Loren Johnson, of Trinity Baptist Church. As a precautionary family and friends are required to wear mask for all services. Services are in the care of Callaway-Jones Funeral and Cremation Centers, Bryan-College Station.

Bobby was a lifelong Brazos County resident who was born on November 18, 1934, to Fredrick and Mary Hayes Riggs. He attended the Bryan Public Schools in his earlier years. He married Frances Brewer 64 years ago on October 11, 1956, in Bryan. Bobby was a dedicated man to all endeavors he pursued. First, he provided for his family and shared his faith with them and friends. Bobby possessed a true servant’s heart from his childhood all through his adult life by serving others. He was a Deacon of Trinity Baptist Church, where he served as Treasurer for 30 years. He was a member of the Bryan Noon Lions’ Club where he served as President. Bobby gave from his heart while helping build Habitat for Humanity Homes. His favorite spot to vacation with his family and friends was forever Branson, Missouri.

Bobby joined the Bryan Police Department in 1956. Bobby would see the department grown over the span of 34 years. He was instrumental in helping create a police department that has won many service recognitions. He was elected Brazos County Sheriff in 1992. He served one term as Sheriff but gave his all to Brazos County, with integrity, and honesty.

His parents Fredrick and Mary; Bobby Allen and Jerry Brewer; all precede him in death.

Serving as pallbearers for former Sheriff Bobby Riggs, honoring a great Peace Officer of the Law, are members of the various Law Enforcement Agencies of Brazos County and the Brazos Valley.

In lieu of flowers memorial donations are asked to begiven to either Trinity Baptist Church Building Fund or Traditions Hospice – College Station.