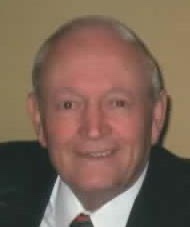 Bobby Ray Wilkinson, Colonel, Retired United States Marine Corps, 90 passed away peacefully surrounded by loved ones on Friday, August 13, 2021. Bobby, the fourth child of Alvie Willis and Maggie Ola Wilkinson was born on May 11, 1931, in Ovalo, Texas.
As a teenager during WWII, admiring his older brother J.T. who was an Army Air Corps bomber pilot, Bobby desired to defend his country as a military carrier type pilot. This quest lead Bobby away from the ranch, sports and 4-H of his youth to a 28-year career as a Marine aviator with more than 5,900 combat flight hours in Korea and Viet Nam (3 tours). It also lead him to a blind date with the love of life, Janet. Together they enjoy numerous duty stations in Texas, California, Virginia, Hawaii and North Carolina.
Bobby’s career also included serving in the first HMX-1 Presidential Squadron flying Presidents Eisenhower and Kennedy, commanding three helicopter squadrons in Viet Nam with his final assignments commanding Marine Air Group 26 and Commanding Officer Marine Corps Air Station New River, N.C. Commendations included two Legion of Merits with 1 with “V”, Distinguished Flying Cross, 27 Air Medals, 3 Navy Commendations and Numerous Campaign Medals. After retirement in 1977, Bobby and Janet moved to Bryan, Texas Bobby enjoyed a second career in tax accounting. A man of faith and service, Bobby was active at St. Andrew’s Episcopal Church, the retired Military Officers Club and thoroughly enjoyed meeting every Monday morning with the BSA group – “Been Shot At.” He truly enjoyed visiting and sharing his life adventures with all the residents and staff of Arbor Oaks and Crestview Community.
Bobby is survived by daughters, Rae Oldham (Larry), Starkville, Mississippi, and Bridget Burdan (John), Emporia, Kansas, granddaughter, Dehlia Christine Sutton (Jake), Americus, Kansas, grandson, John William Burdan, Emporia, Kansas, great grandson, Johnsee Sutton and numerous nieces and nephews along with numerous friends and former co-workers. He is reunited with his wife of 68 years, Janet who proceeded him in death in April.
The family thanks the Crestview, CHI St. Joseph Health nursing staff and Brazos Valley Hospice for their loving care of Bobby. A celebration of his life will be held at Arbor Oaks at Crestview, Bryan on Tuesday, August 17, 2021 at 2:30 pm.
Bobby’s love for his wife and family, leadership to his country and his fellow man is an inspiration to all. His ashes will be interred at a future date in Arlington National Cemetery. The family requests donations to be made in Bobby’s memory to Paralyzed Veterans of America or to a charity of your choice. Semper Fi Marine!