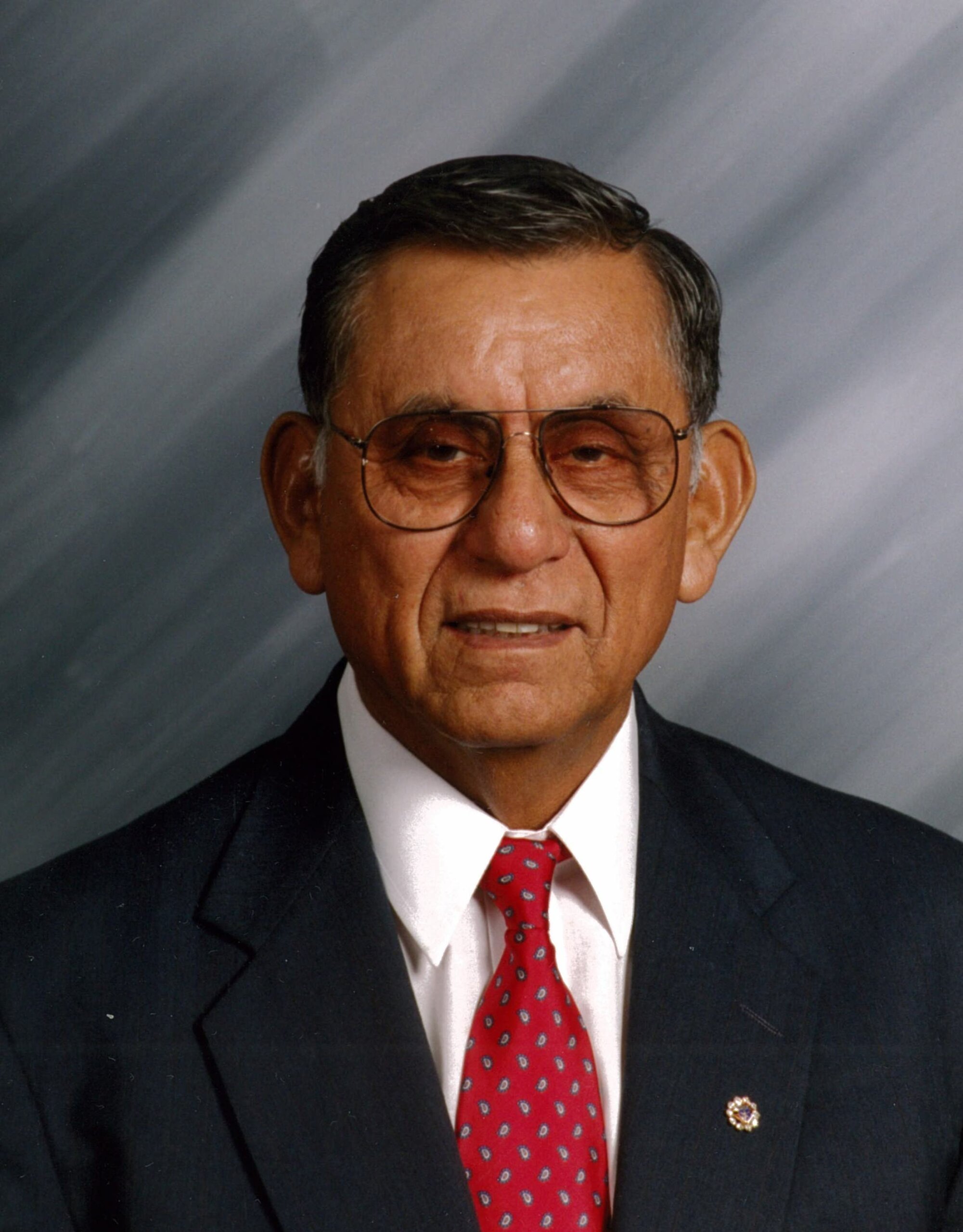 Our loving father, grandfather, abuelito left for his heavenly home peacefully in his sleep surrounded by family January 9, 2022 at the age of 96.

Benino Orozco, Ben, as he was known was born February 13,1925 in Gay Hill, Texas. He spent his youth working alongside his family sharecropping. These experiences instilled in him the lifelong traits of faith in the Lord, honesty, integrity, love of family, kindness, and a strong work ethic.

A man who was not one to just tell or preach to the family about how we should live, relayed his lessons about life through stories. Once, while talking about honesty to his children he recounted the story about a harvest. The family had worked together to gather the crops and he, his father, and brother were delivering the harvest by wagon to the landowner. The wagon, filled with hundreds of ears of corn, was divided in the middle to designate the owner’s half and the sharecropper’s half. During the transport if an ear of corn would fall from the owner’s side to the Orozco side his father made him return the single ear of corn to the owner’s side saying, “Lo que no es nuestro, no es.” (What is not ours does not belong to us.). This is a small example of how our dad lived his life.

In 1946 he married the love of his life, su chaparrita, Rosie Quintero and together they made their home in Somerville, Texas for 50 years. They began a lifelong partnership that included owning their businesses El Charro Cafe Bar and Restaurant, El Ranchito Mobile Home Park, and raising cattle to help pay for their children’s college educations. Education was very important to both of them. During their time in Somerville they were both very active in St. Ann’s Catholic Church where he became a lifetime member of the Knights of Columbus. A hard and diligent worker, he was employed by the Santa Fe Railroad for 45 years.

He enjoyed time outdoors tending to his cows, cultivating his large garden, and carpentering. Spending time with him in his workshop, his older grandsons were put to work learning skills from him. Music and singing were a passion of his and were part of his everyday life.

After the death of his wife in 1996 he moved to Bryan to be closer to his children. His grandchildren and their activities became the center of his life.

His faith was a huge aspect of who he was, attending mass regularly and praying the rosary nightly for all his children. His words and actions served our family as great examples of Christian values and of a life well-lived.

We, his family, stand on the edge of an ocean of time – we on one side and our loved one on the other. We hold each other up and we hold his love in our hearts. He was a giant among good and kind men and he will be missed dearly.

The Orozco Family would like to express deep appreciation and gratitude to Anointed Home Care healthcare workers and Hospice Brazos Valley who took great care of him.

In lieu of flowers please consider making a donation in his name to Hospice Brazos Valley, 502 W. 26th, Bryan, 77803.

The family greatly appreciates donations made to these charities in Benino "Ben" Orozco 's name.