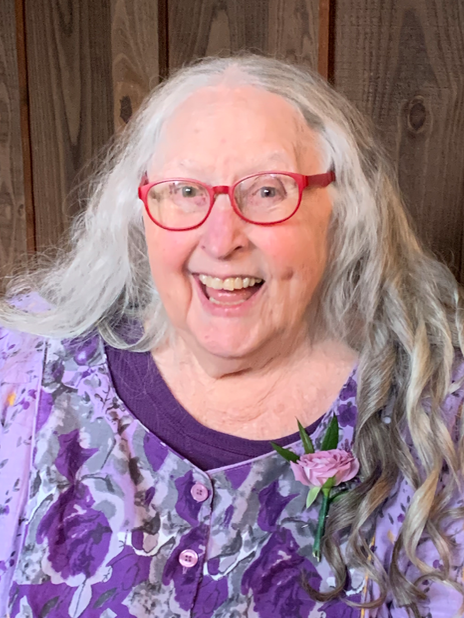 Barbara Love was born into the Felix and Forrest Welmaker family on April 13, 1935, in Sherman, TX. Sweet Barbara passed peacefully into the arms of her heavenly Savior on March 19, 2021. Beloved by all who knew and adored her, she was a ray of sunshine in our lives. One whose light will shine on in her many descendants who will miss her strong heart and sweet smile. She was gracious, generous, and grateful for everything she had.
Felix and Forrest Welmaker moved to Austin in 1939, where Barbara attended school at Pease Elementary, University Jr High, and Austin High School (1952). She and Philip S. Noe were married in May 1952 and within ten years she was an officer’s wife and mother of four in the USAF, and a lively addition to the Wives’ Clubs. Phil studied navigation and they lived on several bases over ten years while he advanced to Captain and she raised the girls. Robin in 1953, Nicki 1954, Leslie 1958, and Jennifer 1961. Barbara and Phil began their military life in Waco, then Ohio, Florida, and back to Texas in 1963.
When they returned to civilian life, both attended UT-Austin. Life in Austin was enhanced by the steadfast support and beautiful presence of Barbara’s mom, Forrest Love, affectionately known as Grandmother to the Noe girls. She was ever-present in our lives and is forever in our hearts.
In 1971, Phil graduated with a doctorate in EE and they moved to Aggieland, where Phil was a professor of digital design and navigational technology at Texas A&M. Barbara graduated from TAMU in 1972 with a degree in early childhood development—after transferring all her UT credits! She was always a proud Aggie supporter after the move to College Station and wore her Aggie ring with pride for years.
Following graduation, Barbara was an early childhood teacher and the first Director of Project Head Start in the Brazos Valley. She loved working with children in Head Start and was happily employed during the 1970s in the job she loved when grandchildren started arriving in the early 1980s. So many children! She and Phil were blessed with 11 grandchildren – “Cousins, Incorporated”. Phil and Barbara adopted Leslie’s daughter Jessica, making her number five daughter and firstborn granddaughter. The Noe girl count stands at 11, plus 22 great grands, and two great great grands.
To her grandchildren, Barbara Love is known as Mimi, and Mimi loved her grandchildren and would do anything within her power for any of them.
She provided years of fun times over summers and spring breaks for cousins.
Every summer for more than 30 years, with at least 7 grandchildren in tow, Phil and Barbara faithfully attended the Texas Christian Ashram camp in East Texas. Following Phil’s death in 2014, Barbara continued to attend with the assistance of her loving daughter number six, Kristy Stein.
Active in church, Phil and Barbara pursued the Christian faith their entire adult lives. Barbara knew she was saved and had a relationship with Jesus from age six. She would ask everyone she met if they were also in a relationship with Christ.
In College Station, Phil and Barbara attended A&M United Methodist Church, were founding members of Aldersgate United Methodist Church, attended Assembly of God, and Grace Bible Church, where Barbara really “rocked it” at church nursery.
Her faithful ministry of making blankets, bibs and burp rags for newborn babies has blessed many families over the years. Barbara made hundreds of these beautiful small things.
Nursing home visits were a weekly outing for Barbara and Phil for many years. They ministered, conducted services with story, scripture and music, and they did it every week in three and four nursing homes. Family, friends and neighbors also know Barbara and Phil were very generous with their lakehouse–The Refuge.
Barbara is predeceased by Phil (May 2014) and survived by daughters Robin and Bryan Gentle (Houston), Nicki and Scott Turman (Austin), Leslie and Kyle Bruce (Frost), Jennifer and David Edgell (Palestine), and Jessica and Danial Steels (College Station), and their numerous offspring.
Jessica and Danial (whom Mom called son) are the very best caregivers that we could ask for. What a blessing they have been, caring for and living with Mom and Dad.
The family wishes to thank Tiffany Brinkman at BCS Angels, and caregivers from V’s Servant Heart for their tender care for Mom. LaVosha Binford, Erin, we appreciate you. Special appreciation to Gabriel and the care team from Traditions Hospice. Thank you for helping us navigate the journey with our beloved Mom.
It would honor Mom–consider making a donation to Texas Christian Ashram.
Texas Christian Ashram
c/o Kevin Jenkins, Treasurer.
2402 Nilelake Ct.
Friendswood, TX 77546.
www.texaschristianashram.org/donate