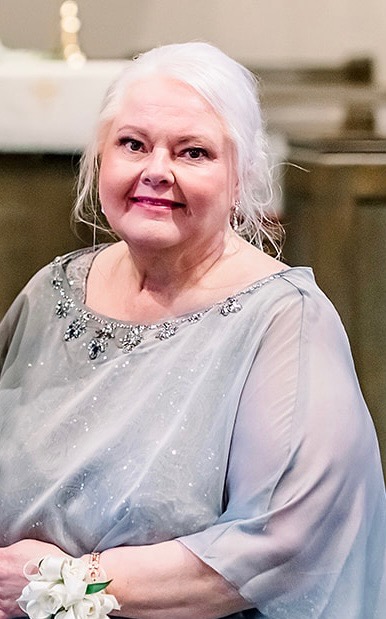 Barbara Joy Warwick Sutton of Bryan, Texas went home to be with Jesus on May 3, 2022. Barbara was born on June 25, 1957 in Mineola, New York. She spent her early years in Bethpage, New York before her family relocated to Renton, Washington. After graduating from high school, Barbara attended Western Washington University, in Bellingham, Washington. She returned to Renton and began a career in medical administration.

Barbara’s greatest joy in life was her children. She became the stepmother to Nick and Jackie Sutton in 1994 then welcomed her sons Michael and Kristian in 1996 and 1997. In 1998, Barbara and her family moved to Camarillo, California, and then to Palmdale, California in 1999. Once in Palmdale, she became an active member of Grace Lutheran Church where she sang in the choir, participated in the bell choir, and played the organ. She also was very active in the Antelope Valley Master Chorale, where she made many friends. As a devoted mom to her boys, she was always actively involved in their music, sports, and other activities. In 2015, Barbara moved to Bryan, Texas and lived her last years surrounded by family. In Bryan, Barbara attended Bethel Lutheran Church and was a member of the Brazos Valley Chorale.

Barbara had a knack for keeping up with every friend and family member she ever met, whether it was a friend from elementary school, a distant cousin in Norway, or a coworker. Barbara acted as the family historian by remembering and retelling the details of family stories, oftentimes better than those who were there. She deeply invested in her heritage by striving to speak Norwegian, traveling across the country to visit towns with strong Norwegian influences, and collecting cultural momentos and decor. Barbara inherited from her mother a love of physical touch and affection, and loved to dote on her step-son and daughter, sons, siblings, nieces, nephews, and grandchildren with hugs and kisses.

Memorial Service will be held on Saturday, May 21, 2022 at 11:00 A.M. at Bethel Lutheran Church, 4221 Boonville Rd, Bryan, Texas 77802. In lieu of flowers, the family prefers donations be made in Barbara’s honor to Hope for the Warriors (www.hopeforthewarriors.org) or to the Grace Lutheran School Scholarship Fund (www.gracelancaster.org).