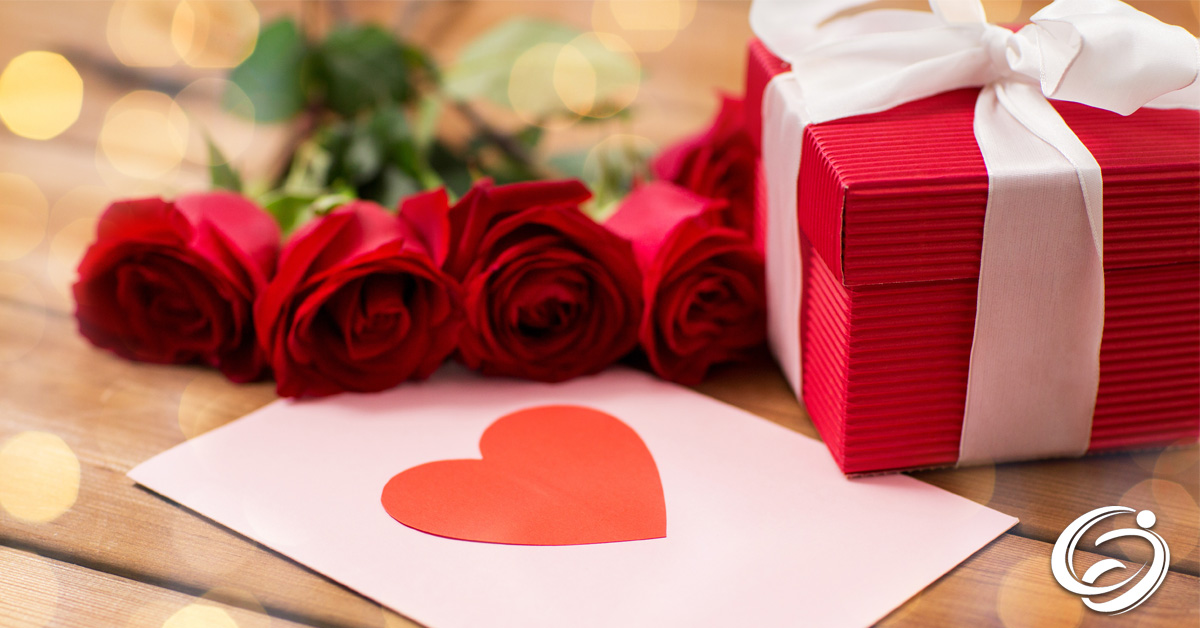 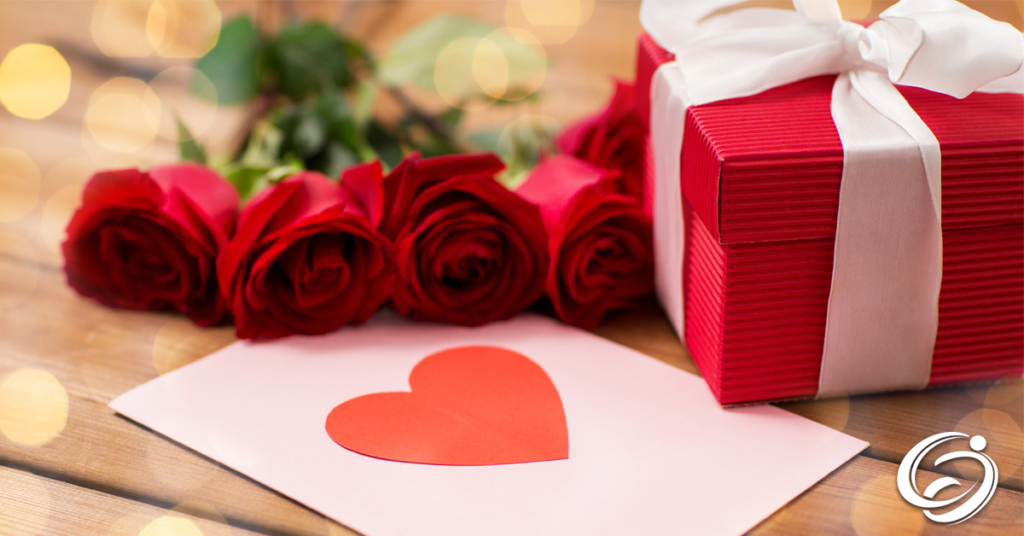 In the spirit of Valentine’s Day every year, Chelsea and I reflect on our wedding and the vows we shared. Weddings, like funerals, are rituals that we give a lot of thought to and sometimes take a full year to plan. Every nuance that is important to loved ones is given consideration. But what about the vows we take: “Till death do us part.”

When we’re young, in love, and know no end to joy, the last thing we think about is death separating a couple joined in matrimony designed to last “forever.” Before divorces became so common, generations before us married “once and for all.” The beautiful blindness of love allows two unique individuals to grow together, raise a family, interact with friends, extended family, have a career, live life, and write their own stories—if they’re lucky. Of course, my first remembrance of love shared is that of my parents’…and they set the bar high for me. I took my time finding Chelsea and fortunately I won her heart!

But, on Valentine’s Day I think of Dave and Jessie, grandparents to some great friends from school. Now, they rarely said “I love you” to each other, but in so many ways, showed it to one another, plain as day to anyone around. Loving in the tone of voice they used with each other, they laughed and smiled when they spoke, just beaming like a couple of teenagers. I rarely saw them sad, until one day.

When Dave and Jessie were in their 50s, the phone rang in the middle of the night, and they learned their youngest of two sons had been killed in a car accident. They were in shock and what to do “next” was only a blur. They went from not having a care in the world to life upside down.  Yet, their love story continued, and what happened next shaped the next 30 years of their lives together in a very special, heartwarming way.

When you love someone, you love them “for all of your life,” at least that’s how you go into a marriage. Yes, there are situations and circumstances that cause you to not like your life partner very much from time to time, but I think of love as eternal. I’m a bit of a dreamer, true, but I want to share a story with you that might bring a smile as you think of couples today who are missing the loves of their lives in person.

Listening to and remembering what is important to each other and sharing it with others was one of the sweetest things this couple (I’ve renamed them Dave and Jessie for privacy’s sake) did. At restaurants when we’d go out, Dave would tell the waiter, “Now Jessie wants extra pickles on the side, a bunch of them” and then he’d grin. She sat there as cute as anything, proud that he knew “what she loved.”

And now back to the story of the phone call that came that changed Dave and Jessie’s life forever. I should say at the outset that while Dave and Jessie were two of the best people I have ever met in my life, they were not open or forthright about any religious beliefs they held, if any. I never thought about it as a kid. Everyone has their own faiths, or not, and it’s never been a condition of my friendship with people.

And yet, it was at the occasion when my friends lost their Uncle Greg, an electrician who played a mean guitar. Greg was the coolest uncle, according to my friends, because he sent them a postcard from the road, every city he played. He never forgot them. They remembered Dave and Jessie being so proud of their uncle doing good things in music, but they also remembered when he graduated from the Electronics Institute at Texas A&M’s Extension program, an 18-month rigorous program.

Dave and Jessie had two sons, and it was Dave who gave them their nicknames. Greg was “our Guitarman” to Dave, and Tony (dad to my friends) was “our Professor,” because Tony grew up a teacher like his dad. Jessie called all three of them “my boys,” and it was even cooler that Tony and his wife had two sons of their own. Together they were “ALL” Jessie’s boys. And she kept a good eye on all of them, with love. And her boys never outnumbered Jessie; she could outvote (and outsmart) them all if she wanted to.

The “Guitarman” was really above all a phenomenal musician. He could play somewhere between what experts say Eric Clapton and Les Paul sound like. So, it was normal that he’d be driving the roads of Texas up and down the highway late at night coming home from concerts. It wasn’t alcohol or drugs that got the Guitarman—that wasn’t his style. Instead, it was a drunk driver who came down a feeder road the wrong way and plowed right into Greg’s car and death, mercifully, was instant.

It came as no surprise to Dave, though, he said, in the days that followed. Dave said, “I always knew I’d get a call one day about my Guitarman. All those late nights, all those roads. I knew.” When it came to burial arrangements, I remember my parents said that there were to be no services. That was when I remember thinking that some of my best friends had different religious faiths, beliefs and wishes about how they wanted their end-of-life preparations to go. My parents said, “We always respect their choices.” Good lesson learned early.

One night not long after, the doorbell rang at home and there stood Dave and Jessie, and they were so at peace, and it had been less than a week since Greg’s death. My parents invited them in and they said, “We just had to share something with you.” Their story spilled out, word after word, as Jessie said, “Dave had a dream last night. It was so amazing, we had to tell you.”

Dave began, “I’ve never been a man of faith. In fact, when Jessie and I were young, we were more intellectual than structured in thinking about any life or afterlife or things of that nature. Spend your life here well, be kind to people. Boom. End of story. We were never what you’d call ‘believers.‘ But last night, I went to sleep and it was somewhere in the night where I woke up and sat up in bed and I swear I saw my mother in a rocking chair, sitting in my room. I couldn’t move. I could barely breathe. It was surreal. And as clear as a bell, I said, “Mom, is it you?” She said, “Yes, David, it really is me. Don’t get up. No need to be alarmed. I came to give you some good news. David, we have him. We have Gregory with us. He’s fine, he’s safe, and we love having him with us. Don’t you worry about a thing. Be at peace. Live the rest of your life and know this isn’t all there is.”

And Dave’s eyes were filled with tears as he repeated the last words, “We’ve got him. He’s all right.” Continuing, I woke Jessie immediately and told her what I’d seen. She had slept right through it but she knew I wasn’t just ‘dreaming’.” Now, the rest of that story gets even more poignant. For the next 20 or so years of their lives together, they stayed busy, they were examples of people who overcome tragedy and don’t let it weigh down their shoulders. They didn’t walk around in visible mourning.

Instead, they were even more present in our lives, the lives of their son, “the Professor,” his wife and their two sons—my friends—and they were part of the cheering section of everything we all did. They showed even more love for others, as well as themselves, through their pain for the entire rest of their lives. Valentine’s Day meant more than a box of candy, or flowers, or any greeting card, when you saw Dave and Jessy showing love simply by the way they looked at each other. They lived Valentine’s Day every day.

It would be 20 more years before I saw them again, and they were in rather frail health when I last went by to see them. I told them what I’d been doing and they were proud of my choices for my career in the family business. Still they had shining smiles for all of us and you don’t forget those kinds of smiles, the ones that come when you are at peace with yourself and the world.

Dave died not long after that after lovingly, tenderly caring for Jessie in their home as long as he could. A brief bout with pneumonia took him away from Jessie and into the hospital where he was cared for well but he was mostly sleeping through the final days of palliative care. One night Jessie had slipped into a coma at the family home and ended up in the hospital in a room not far away from Dave.

When Dave passed away, he and Jessie had been married 63 years. I shook my head to think of how long that really was, all totaled. About 42,000 days together. That was amazing. There would be no way for Jessie to know or hear that Dave had died; she remained in a coma and never awoke. Seven days after Dave’s death, Jessie took her last breath.

You know you hear about those couples who are so in love and so close in life that one dies and the other one follows very, very soon after that? This is one of those examples. That Jessie passed away just seven days after Dave’s death, on Valentine’s Day, meant that I would always think of them, and their immense love and devotion to each other for all of their lives.

And so on the occasion of Valentine’s Day 2017, I wish for each of you to find and keep the loves of your life for all eternity, whether in this world or the next. May you cherish each moment you have with them and make those memories “to last a lifetime” with each day you have together. As an old song goes, “life is eternal and love is immortal, and death is only a horizon.” And while you’re here, don’t forget the flowers, even if it is just a single rose you can afford. Just as it was for Dave and Jessie, love is always, always enough.