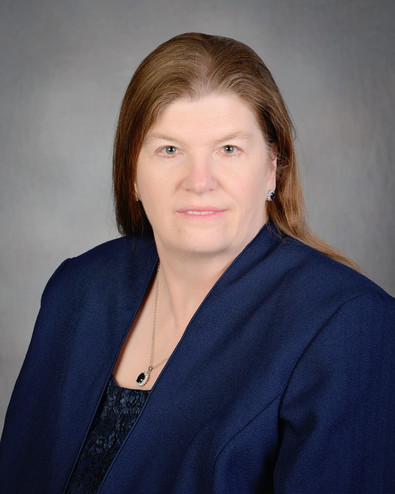 Elizabeth “Betsy” Anne Moss returned to her place in heaven on June 13th 2020 after a difficult battle with bladder cancer and kidney disease. In her final moments she was surrounded by love, holding the hands of her beloved sons, with her daughter-in-law at the foot of her bed.

Betsy had a tumultuous upbringing. She was born in Phillips, Wisconsin to Eugene and Jean Peters. Over the course of her childhood she, along with her brother and sisters, would move between Wisconsin, Florida, Georgia, and Alabama, rarely spending more than a year at a time in a city before finally settling down in Jacksonville Florida where she would graduate high school, and begin attending Florida State College at Jacksonville.

During a bible study in Jacksonville Betsy met her future husband, a US Navy sailor named Marvin “Sonny” Lee Moss Jr. (also known as Mickey, to her and to his shipmates). They married in 1977, and soon gave birth to their first son, Jason Lee Moss. They then moved from Jacksonville to Texas to be closer to the rest of the Moss Family, and eventually to Calvert, so that Sonny could help his family run a lumber yard, and pursue his passion for the Ceramic Arts. Their marriage went on for 24 years, and though it ended in divorce, Betsy and Sonny remained close friends, often supporting each other in their times of need.

In 1983, while still living in Calvert, Betsy began her career at Texas A&M University, at first working part-time as an usher on game days before transitioning to working for the various administrative offices of the University. She served the University for 37 years, during which time she gave birth to her second son, Matthew Paul Moss, and put herself through Blinn and A&M, earning a Bachelor in Management with a Psychology Minor from the Mays Business School. Betsy was a hard worker, and when times were tough she would take up part time jobs to keep her family fed.

Betsy pursued many hobbies, ranging from the plants she would raise in impromptu greenhouses, to finishing puzzles on the weekends, to a passion for photography, to the entire mountain of books that she has read over the years. Though what her family will always remember her for is the love she had for all of her animals, having adopted many dogs, cats, and the occasional bird over the years, before finally becoming a dachshund fanatic.

In her wake Betsy leaves the sons she was proud of, Jason and Matthew Moss, a close-enough-to-adopted daughter-in-law, Rene Moss, the dearly loved grandchildren that she would spoil at any opportunity, Joshua Brien and Cali Anna Moss, and her true babies: a houseful of dogs (Lilly, Loui, Lacy, Brittany, and Prince).

Betsy will be remembered as a kind, loving, quiet, hardworking, fantastic mother and grandmother, a wonderful friend, and a strong Christian woman.

Family and friends are invited to attend a Celebration of her Life on June 24th at 5pm at the Callaway-Jones Funeral and Cremation Center, located at 3001 S College Ave, Bryan Texas 77801. In lieu of flowers please donate in her name to Urgent Animals of Hearne or Hospice Brazos Valley.