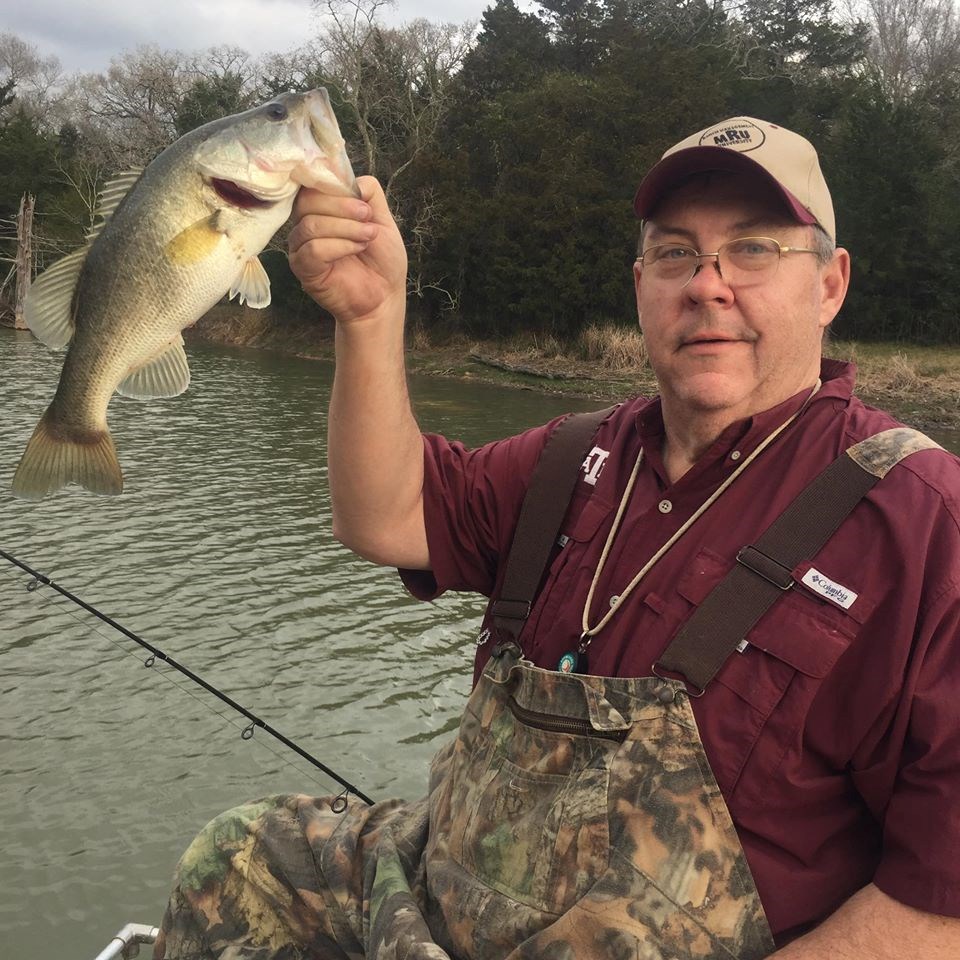 James H. (Jim) Prestidge, Jr., Texas A&M University Class of ’80, of Cypress, TX., a life well lived, peacefully entered the gates of heaven early Sunday morning, March 22, 2020, surrounded by the loves of his life, his wife, Sheryl, and his adored daughters, Kelsey and Hailey. Jim showed his “fighting Texas Aggie spirit“ as he courageously fought for 3 weeks in the hospital after sustaining injuries received from an accident at the family ranch. Graveside services and interment is planned at the Aggie Field of Honor at 1 pm, Saturday, June 6, 2020 at College Station Memorial Cemetery of College Station, Texas. Jim was a member of Second Baptist Church Houston, TX.

Jim is survived by his wife and best friend, Sheryl, and his two daughters, Kelsey, son-in-law Ziad both class of 2012, and Hailey class of 2014, her fiancé Dylan Keepes. Jim will be greatly missed by his Egyptian acquired, 5-pound canine sidekick, Snickers. Jim was preceded in death by his parents, Harold and Jean Prestidge, and in-laws, Deryl and Ladine Bolin.

Jim was proud to lay claim as a rare “native Houstonian” – being born in the Heights Hospital and raised in Houston. After graduating from Spring Woods High School in 1976, Jim attended Texas A & M University. At TAMU, he joined the Corps of Cadets (Squadron 7) and was a charter member of Phi Gamma Delta (FIJI) fraternity. These organizations started life-long friendships he carried with him throughout his life and professional career.

Immediately after graduation, with a B.S. in Mechanical Engineering, Jim began a distinguished 33 year career with Halliburton Energy Services as a field engineer in Alice, TX and from there his career took off and he and his family turned into globetrotters. They lived in Indonesia, Norway, Nigeria, Egypt, and Malaysia.

Throughout his career he held several professional board positions in SPE, API, Center of Offshore Safety, Chairman of the Board Continental Intermodal Group, Advisory board for Biota Technology, and Chief Strategy Officer at MindXtract. His community involvement included Patron Sponsor for Theater Under the Stars, The Hobby Center, TAMU 12th Man Foundation, Aggie Ambassador, Houston Aggie Club, board member of Junior Achievement Asia-Pacific and Africa.

Jim was the definition of the 12th Man as a season ticket holder and avid tailgater with his life-long friend, Ted Totah (7th grade), at Kyle Field watching his Aggies and he enjoyed hunting, fishing, golfing, and skeet shooting acquiring many trophies, awards, and recognitions. He loved to bring out his photo’s of the big bucks he raised and tell you about his recent conquest as back to back fishing tournament wins in Grimes county tournaments.

Jim was loved and respected by all that he met and will be truly missed by his family and friends from all over the world. In lieu of flowers, memorial donations can be given to the Jim and Sheryl Prestidge Endowed Scholarship Fund at Texas A& M University Dwight Look School of Engineering or Mays Business School, College Station, TX. Nothing would please him more than to assure other young students the same opportunities he had to attend Texas A&M University. Jim credited much of his success to the camaraderie and values he learned at his beloved Aggieland.

The family would like to thank the Grimes County EMS, Bryan CHI St. Joseph Air Med 12 pilots/ medical crew, and the numerous dedicated nurses and doctors at the John S. Dunn Burn Center Memorial Hermann-Texas Medical Center. The actions of each of these individuals gave us an extra 20 days with our precious husband and father. For that, we will be forever grateful. We would also like to thank the Ronald McDonald House and the Junior League of Houston for their love and support during this most difficult of times.