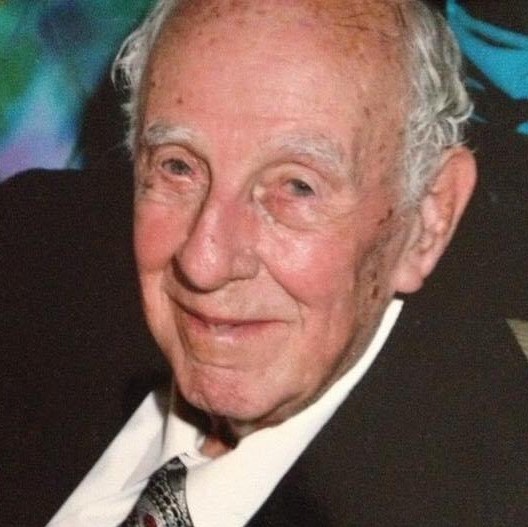 William Leopold Fivel (Paul) was born on January 3, 1927 and passed away to be with his wife Gaynelle on May 2, 2020. Paul was ninety-three years old.

Born and raised in Galveston County, Paul spent most of his adult life with his wife and family in Galveston, Texas. Paul graduated from Kirwin High School in 1943, then enrolled at Texas A&M University in College Station as a member of the Corps of Cadets. After having spent two years serving in World War II as a 2nd Lieutenant in the Army, he graduated from college in 1949. He promptly sold his senior boots to buy Gaynelle a wedding ring. and they were married that same year.  While he was a student at Texas A&M University, Gaynelle would often ride a train from Galveston to College Station for weekend dates. Their romance persisted and they remained married sixty-three years, until her death in 2012.

Paul and Gaynelle were blessed with three children, and they both worked full-time to support their family. Paul possessed many talents and held various positions throughout his life. He opened Paul’s TV – Electronics in 1958 and operated the business until 1983. He also owned Ace Wrecker Service and AA Ambulance and Galveston County EMS where he was a paramedic.

Paul and Gaynelle retired in Midway, Texas, and that is where he spent the final years of his life. He gardened, raised cattle, and tended to his ranch. His hobbies included travel (especially cruises), amateur videography, video gaming, personal computing and watching college football. He loved spending time with family, watching movies, and sharing stories.

He was a lifelong learner, and even in his eighties and nineties, he mastered the use of technology. He made many online friends using his personal computer and maintained relationships with people around the globe. He loved playing online Scrabble and Solitaire, and he continued to learn new skills on the computer well into his nineties.

Paul is preceded in death by his parents, Mr. and Mrs. Earnest J. Fivel Sr. of Dickinson, his wife, Gaynelle Hood Fivel, of Midway, his brother Earnest Fivel Jr.  and wife Margaret, of Orange Grove, California, and his sister Betty Castenson and her husband Roland, of Bryan.

He is survived by his sister Shirley Fivel Bradley and her husband John, of Beaumont, his son William Eugene Fivel, of Midway, his daughter Katherine Hayman, of Centerville, his daughter Janice DiFalco and husband Chuck, of League City, his grandson Sterling Hayman, of Dallas, his grandson Daniel Hayman, of Baton Rouge, his grandson Gene Paul Fivel, of Midway, his grandson Ryan DiFalco, of Houston, and his granddaughter Marissa DiFalco, of Houston and numerous nieces and nephews. Paul is also survived by several special family supporters that loved him, including Nancy Moore of Huntsville, Buddy Sloan, of Centerville,John Hayman, of Huntsville and Shanah Grisham, of Madisonville.

The family would like to thank Creekside Skilled Nursing , Hunstville, Texas and Brazos Valley Hospice, Bryan, Texas for the care and the compassion they provided to Mr. Fivel.

Cremation service are in the care of  Callaway-Jones Funeral and Cremation Centers in Bryan, Texas.  The date for a Mass is pending and will be held at St. Elizabeth Ann Seton Church in Madisonville, Texas.