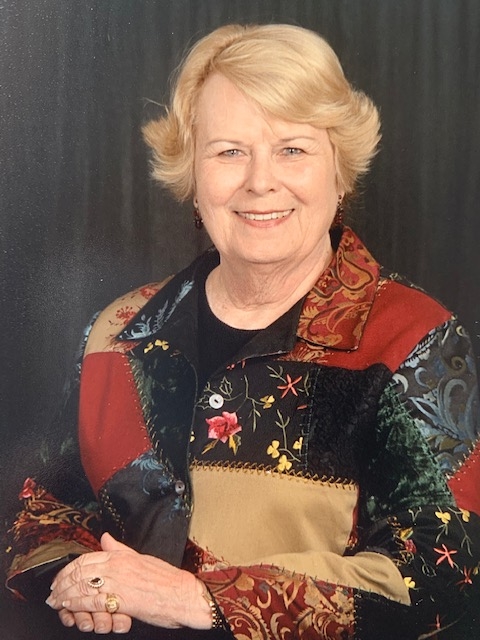 Shirley Fritsch (Lowery) Tingley, long -time resident of College Station, passed away January 8 at the age of 83.  Her life will be celebrated with a memorial service at 2:00 pm Sunday, February 23, 2020 at Covenant Presbyterian Church in College Station, Texas located at 220 Rock Prairie Road.

Shirley was born October 14, 1936 in Schulenburg, attended Round Top- Carmine Elementary and graduated in 1954 from Weimer HS where she served the band as drum major.  She also studied Home Economics at Texas Lutheran College.

Shirley’s career began at Foley’s in Houston where she was an assistant buyer for the sporting goods department.  She also served many years as office administrator for several dentists and retired from the office of Dr. Peggy Levin in Clear Lake.

Shirley had many talents and interests and was a dedicated volunteer.  She was active in the Presbyterian Church and served as Elder and PW Moderator.  She was a Team Mother, Scout Leader and a lifetime member of the PTA.  Her favorite roll was serving as President of the TAMU Aggie Mom’s Federation 1994-95.

Shirley was married to Doyal Lowery on Christmas Day, 1958 in Trinity, Tx.  They resided in Pasadena until Doyal’s death in 1978.  She raised three children and worked in the Pasadena area prior to relocating to College Station.  Shirley found love again in 1991 when she married L.H. “Laurie” Tingley, a brilliant man,  true Aggie and wonderful father. Shirley and Laurie shared a passion for life through their love of church, family, travel and Texas Aggies until his death in 2011.