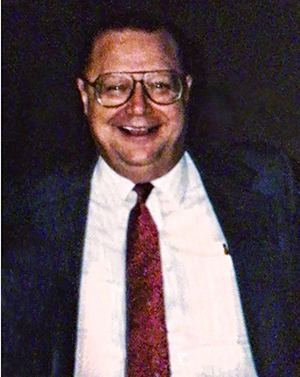 William Wayne Krueger Jr. (“Billy Wayne”) passed away peacefully on November 14, 2019 in the loving presence of family. The first visitation and rosary will be at Callaway-Jones Funeral Center, 3001 South College Ave, on Thursday, December 19, 2019, the rosary will be recited at 5:30 pm, visitation from 6 to 8 pm. The Funeral Mass will be 10 am, Friday, December 20, 2019, at St. Joseph Catholic Church in Bryan, Texas. The second service will be at St. Paul the Apostle Catholic Church in Richardson, Texas, on Thursday, December 26, 2019, with a Rosary recited at 7 pm. The Memorial Mass will on Saturday, December 28, 2019, at 10 am. The final service for Mr. Krueger Jr., will be at Birdsong Cemetery near Deanville, Texas tentatively scheduled for June 2020.

Billy Wayne lived 85 long, generous, and full years. He was married for 53 years to the love of his life, Ida Preciado Krueger. She preceded him on May 21, 2010. Billy Wayne was a long-time Baptist, short-time Catholic. He and Ida have three children; Eda married to Gary Rose, Bill married to Lydia Blocker, and Carl married to the late Melanie Melancon. Billy Wayne has four grandchildren; Kristin, Christopher, Ashley, and Sarah. He agreed to raise his kids Catholic. He did that; but-in later life, he became Catholic to be closer to his wife, children, and grandchildren. He was a good man, father, and friend.

On December 9, 1933, Billy Wayne was born to William Wayne Krueger Sr. and Nora Flippin Krueger in the second-floor house above the Caldwell, Texas Fire Station. He was the first of eight brothers and sisters; Charlie, Jerry, Marilyn, Melanie, Rolf, Rhonda, and Kent. From then on, he looked after and kept up with them, theirs, his, more, and us. Billy Wayne had many, many stories and life lessons learned/taught in Caldwell, University of Texas, Paratrooper School/OCS/Fort Benning, Jungle Warfare Training/Panama’, graduation from the University of Houston, work/family in Houston, small business ownership in Bryan, Hearne, and Navasota, “tending” to kids, family, and relatives, and retirement that slowly focused his prior help and love back to him.

Billy Wayne never forgot where he came from and the people he met and loved along the way. He always shared stories (Ms. Holland his Second Grade Teacher in Caldwell, Vic Voiteck-the Caldwell Hamburger King, Uncle Bud who ran cattle out of the “Josh Pocket” and bought clothes “from the skin out” upon his annual visits to “Caldwell City”, Betty Jean Hubenak–the smartest girl in his CHS ’52 Class, holidays at Frenstat, Chriesman, Zgabay’s (Skyby’s) Ranch (with its artesian well that you were required to drink from) and other Burleson County “haunts”, funny mishaps with friends, watermelons, fireworks, BBQ, beer, playing at the “Jim Tom Irving” Bridge, socials at the Lytle Store (Earl, Nellie, and Larry Lytle), breakfasts with “cowboy” coffee and “red-eye” gravy, volunteer work at St. Vincent de Paul, Billy Wayne’s wife, Ida, and her Panamanian family, life, Flippin Family Reunions and all the wonderful family that keeps it going (30+ years and strong), the greatly remembered Rudolph the red nosed reindeer for Kristin’s Christmas, looking for switches to take on a “Bear hunt”, Charlie’s pro-football career, Marilyn a CHS twirler and aspiring High School actress, Melanie and Otto (he is cool), Jerry and their different businesses together, Rolf and his beautiful family, Eda and her exciting, international life on an oil tycoon’s exotic game ranch, Carl the engineer in Iraq, and more).

For too brief a moment, Billy Wayne was his oldest living relative. He took the job seriously, he did not want to burden anyone; but, he wanted all to know that he loved/loves them and us very, very much. Still, he wanted to help. So he left this saying, “Always do what you should do, never do what you shouldn’t do”.

We pray, as we walk amid passing things, you teach us by them to love the things of heaven and hold fast to what endures. Through Christ our Lord. Amen

The Krueger Family especially thanks Alvaro Sandoval for his conscientious care and comfort for Billy Wayne. He made Billy Wayne very happy and comfortable in the final years. By this obituary, Billy Wayne reluctantly cancels his subscription to the Burleson County Tribune.